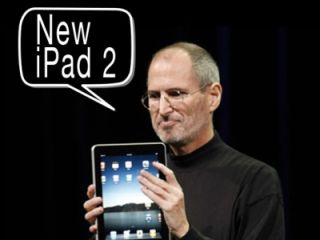 A 17-year-old teenage boy in the Anhui province in eastern China has reportedly sold a kidney in order to purchase Apple's new iPad 2. Somehow the organ was surgically removed without his parents' knowledge or consent, and sold for a total of RMB22,000 (roughly $3K USD) to a company seeking organs in an online advertisement.

"I wanted to buy an iPad 2, but I didn't have the money," the boy told Shenzhen TV in the southern province of Guangdong, "When I surfed the internet, I found an advert posted online by an agent saying they were able to pay RMB20,000 to buy a kidney."

After striking a deal with the company, the boy secretly headed north to the city of Chenzhou in Hunan Province. There the kidney was removed at a local hospital on April 28 which required an additional 3-day stay due to complications stemming from the surgery. He then returned home with one less body part but a shiny new iPad 2 (or iPhone 4) and a laptop.

Naturally his mother grew suspicious when she saw the new toys. "I wanted to know how he had got so much money and he finally confessed that he had sold one of his kidneys," she told the TV station while revealing the boy's new scar (seen right).

She took the boy back to Chenzhou and reported the crime to the police. The hospital admitted to contracting out its urology department to a private businessman in Fujian, but denied that it performed surgery on the teen. To make matters worse, law enforcement has been unable to get in contact with the three agents the boy contacted through the online advertisement.

Unfortunately, given that the story just broke out, additional details surrounding the investigation have yet to be disclosed. still, would you sell an organ for a tablet and a laptop? Or is this "an extreme example of the rampant materialism of modern China" as some Shenzhen TV viewers have furiously stated?