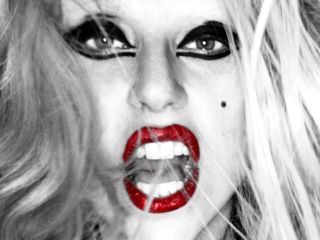 For fans of trend-setting pop icon Lady Gaga, the build-up to the release of her new album "Born This Way" has been tremendous, fueled by Facebook and Twitter feeds, the unique GagaVille section launched on Zynga's FarmVille social game granting access to tracks early, and other goodies loaded up on Zynega's other social games. Now Monday's long-awaited climactic release has arrived, and Amazon is taking full advantage of her status by offering the "little monsters" one hell of a deal.

For today only, Amazon is selling Lady Gaga's new album for $0.99 cents. That's not for just one song – that's the entire 14-track listing and the "Born This Way" digital booklet. As if to slap Apple and Google in the face, Amazon's insanely-cheap price is backed by a 15 GB increase in Amazon Cloud Player storage at no additional cost for an entire year.

To beef up the offer even more, the new Lady Gaga purchase isn't applied to the user's cloud storage space; in fact, any digital album purchase through Amazon's MP3 store will never count against the storage capacity. That said, Amazon customers will always have their purchased digital music stored in the cloud for free, whereas anything ripped/purchased externally and uploaded can be stored in the free 5 GB account or one of the larger subscription-base accounts.

Currently it's unknown what Apple plans to offer with its upcoming cloud-based music service, but the company is apparently taking the legit route by acquiring licenses from the four major record labels and other music publishers before going live. Like Amazon's service, Apple's offering is expected to allow users to purchase songs and albums in iTunes and store the files on Apple's servers. Apple may also reportedly offer a tiered pricing scheme as well, offering a small storage limit for free and requesting yearly fees for larger capacities.

As previously reported, Amazon was the first to bring a cloud-based music service to the market, and did so without signing deals with record labels. As seen with the Amazon Appstore and its daily free app offering for Android devices, $0.99 album releases similar to Lady Gaga's "Born This Way" launch could put a hurting on both Google and Apple. As of this writing, Amazon's servers were slammed with traffic, preventing the e-tailer from providing full access to all the tracks. Six hours after purchase, only the 11th track "Heavy Metal Lover" and the digital booklet are appearing in accounts. The retail transaction itself still reads as "currently being processed."

"I just finished speaking with an Amazon MP3 Customer Service Agent, and she explained to me clearly that their server is having technical difficulties due to the overwhelming amounts of downloads of Lady Gaga’s new album," said one user. "She reassured me that their technical teams are working diligently to solve the problem."

Is Apple getting this kind of traffic? Perhaps not, and deals like this could make Amazon a big contender, licensing or not. The Amazon MP3 Store is also offering over 1,500 albums for $5 during the month of May, all of which will be stored in the cloud but not applied against the user's virtual Cloud Player storage. That alone should be kicking iTunes right in the apples.