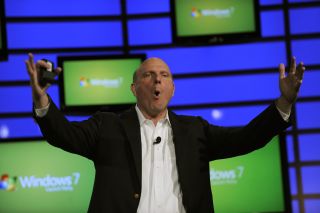 If you're still using Windows 7, it's time to move on. The venerable and much-loved 2009 version of Windows received its last security update today, Jan. 14, 2020 (unless your company plans to pay for extended support) and the free Microsoft Security Essentials antivirus program will (probably) no longer be supported either.

As we get further into 2020, Windows 7 machines will be more likely to become infected by malware, and any deep-rooted flaws in the operating system that arise almost certainly won't be fixed.

That's not good for the roughly 27% of Windows users who still use Windows 7. If you're among them, you should upgrade to Windows 10. Your Windows 7 PC will almost certainly support Windows 10, though you may have to ditch some programs.

How to upgrade to Windows 10 for free

How to survive with Windows 7

If you do decide to stick with Windows 7 after Jan. 14, you'll need to take some precautions.

Update everything in the January 2020 Microsoft Patch Tuesday release. It'll be your last chance to make sure Windows and other Microsoft software are as secure as possible. This Patch Tuesday fixes some very serious security flaws, though not all affect Windows 7.

Install one of the best antivirus programs. Microsoft will stop developing its own antivirus software for Windows 7, Microsoft Security Essentials, so you'll need something else. (MSE will continue to get routine malware-signature updates so that it can recognize the latest known threats, however.)

Uninstall the Microsoft Internet Explorer browser. It's a huge security hole. Use Google Chrome or Mozilla Firefox instead.

Google announced that Chrome will be supporting and providing updates for Windows 7, at least for enterprise users, until at least July 15, 2021. We reached out to Google, which confirmed that this applies to all users of Chrome.

Firefox isn't developed for any particular version of Windows, and Windows 7 will be able to run the latest versions as long as they're compatible. (Windows XP, which officially died in April 2014, could update to new versions of Firefox until May 2018, when Mozilla introduced a new codebase.)

There's been at least one report that Microsoft will support its Edge browser, which is moving to the same codebase as Chrome, on Windows 7 for as long as Chrome does. But we haven't seen any official statement from Microsoft on that.

Ditch Microsoft Office and any of its components, such as Word, Excel or Outlook. Switch to Google's office suite or to LibreOffice. For an email client to replace Outlook, try Gmail or Thunderbird.

Turn off Java in your browsers. Here's how.

Turn off Adobe Flash Player in your browsers. Here's how.

Create a limited user account for yourself and use that for day-to-day computer tasks instead of the administrator account you originally created. Limited accounts limit malware infections.