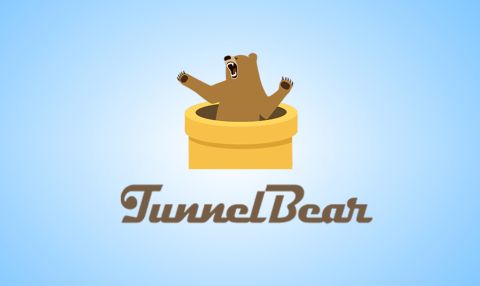 TunnelBear is a solid VPN option for modest users who would rather have high-grade privacy protection than access to Netflix.

TunnelBear is a Toronto, Canada-based VPN service with a premium and free version, counting over 21 million users all over the world. It was founded in 2011 and acquired by cybersecurity giant McAfee in 2018.

In addition to the free service, TunnelBear offers two paid subscription plans - a 1-month and 1-year option. The monthly version costs $9.99, while the annual is billed $59.88 every 12 months (the equivalent of $4.99 per month).

Teams can get favorable subscription options with prices beginning at $207 per year for a three-member group. Unlike other plans, this one comes with a 7-day free trial.

Payments can be made by credit cards and Bitcoin, but the latter is only possible if you’re buying an annual plan.

Things get a bit tricky if you need a refund. The company says all amounts paid are non-refundable but they may be issued on a case-by-case basis, which is a rather arbitrary policy and big minus.

The provider has limited platform support. Its apps can be installed on Windows, Mac, iOS, and Android devices, and there is support for Linux, albeit limited. Specifically, the website includes a support document and OpenVPN configuration files you can use to enable the service on your Linux device.

Protection can be expanded to Chrome, Firefox, and Opera by installing the respective browser extensions. The limit of five concurrent connections cannot be extended by setting the VPN on a router, nor can it be installed on game consoles or smart TV, as this provider doesn’t support any of them.

The free plan will give you a measly 500MB of data per month and a limitation to only once connection. Since this is surely not enough, you might want to take a look at the premium options, which remove the data traffic cap, allow up to five simultaneous connections, and give you access to priority customer service.

The provider facilitates access to a modest network of servers, covering only 22 countries.

Most VPN providers offer access to geographically restricted services, and this is partially true for TunnelBear. For example, you can safely stream all geo-blocked YouTube content, but try connecting to Netflix or BBC iPlayer and you’ll have no success.

Torrenting, on the other hand, is available with no limitations and the customer support team can even suggest the optimal servers for such purposes.

A Trusted Networks list allows you to add wireless networks you believe are safe, as well as enabling automatic TunnelBear activation when trying to access one that isn’t on it.

SplitBear, or a split-tunneling feature, is available on the provider’s mobile clients. It lets the user choose which apps should be routed through the VPN tunnel and which should have regular Internet access.

TunnelBear provides perfect privacy with the help of AES-256 encryption, and OpenVPN and IKEv2 protocols. These are used interchangeably in the Windows and iOS clients, activated by literally ‘racing each other to see who’ll connect first’. This means you can’t choose which one you want. OpenVPN is used as a default in Android and Mac apps.

Unknowingly connecting to a malicious party disguised as a TunnelBear server is prevented with the use of an encryption handshake. On top of that, the SHA-256 data authentication prevents harmful activities like the man-in-the-middle attacks.

To make sure your sensitive data doesn’t fall into the wrong hands, TunnelBear uses a kill switch called VigilantBear. It is the industry-standard tool that shuts down the entire Internet connectivity on your device whenever the VPN connection is interrupted.

A GhostBear feature will try to additionally protect your encrypted data from being detected. It does this by masking your VPN activities as regular Internet traffic. You can try this option if you’re located in an anti-VPN country that is constantly on the lookout for VPNs so it can block them, like China. Do note that GhostBear is unavailable for iOS due to the restrictions in the way iOS is designed.

As an additional privacy guarantee, we are presented with the usual list of data the provider promises not to log. This includes IP addresses, DNS queries, and websites, apps, and services opened under the VPN. Some information is collected though, such as which TunnelBear app you used, on which OS, how much bandwidth was used, as well as if you used the provider’s apps in the past month. According to the company, this minimal amount of information is necessary for its operation.

To prove it has nothing to hide, TunnelBear has brought in an independent auditor to examine its platform and publish an extensive report on it. The company conducting the audit, Cure53, discovered no critical security issues. TunnelBear has done this commendable deed for two years in a row.

TunnelBear connects without difficulties, providing fast connection times, and solid local download speeds for the UK. However, testing in the US brings somewhat less enthusiastic results, peaking at 95Mbps on a 475Mbps line.

Users have access to a decent knowledge-base on the website, divided into categories - Announcements, Getting Started, Billing & Payments, Troubleshooting, TunnelBear for Teams, and Contact Us. You can also read the TunnelBear blog to get some interesting insights into the world of VPN.

If you can’t find what you’re looking for, you might think of using the last category in the support site - Contact Us, but don’t hope for a quick response. The contact options don’t include live chat so you’ll only be able to directly talk to someone working there if you answer a questionnaire and describe your problem in a contact form. To access it, however, you need to create an account, which isn’t ideal.

TunnelBear is a solid VPN service for users who demand superior privacy. Specifically, it has multiple high-quality security tools. It is a bit limited in other areas, like platform support, number of servers, pricing plans, and it doesn’t offer access to any of the popular streaming channels like Netflix, BBC iPlayer, or Amazon Prime.