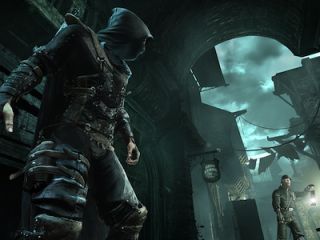 Square Enix has released a new trailer for its upcoming reboot of "Thief," which is set for release on current and next-gen consoles.

In the trailer, we learn more about Garrett, the main "hero" of the story, a master thief who robs from the rich in order to help others.

In this new glimpse at the game, you'll be able to see Garrett's hideout for the first time, as well as dig deeper into the back alleys of the city. You'll also learn more about each aspect of Garrett's gameplay — including infiltration, theft and escape — as he works his way into the manor of Baron Northcrest, seeking the cherished Heart of the Lion.

The trailer also shows off some fencing action with Garrett's ally Basso, so if you're in the mood for swordplay, you'll get plenty of it.