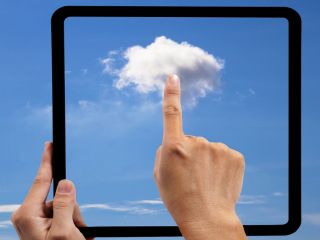 Google has launched a driver for Windows that allows users to print to a Google Cloud printer from any Windows-based application. Users will still need Chrome installed to use the service, but at least now this feature isn't locked to a handful of Google-related services and other web-based apps. The new driver requires Google's browser, Windows 7, Vista or XP with Microsoft's XPS Essentials Pack.

To use Google Cloud Print, users must have a cloud-ready printer that has direct access to the Internet, or a "classic" printer that connects to a desktop or laptop via a USB cable. They must be added to the Cloud Print account, and the Cloud Print option must be enabled in the Advanced Setting menu in Chrome (at least for the "classic" printer). Users must also stay logged into both their Windows account and Chrome on the destination PC if they want to use the connected USB-based printer from remote devices.

To test Google's new driver, we used two laptops, one of which had a printer connected to a USB port. After installing the driver and writing a bunch of garbage in the Windows Notepad app on the remote laptop, we hit print and chose "Google Cloud Printer." A second Chrome-based window popped up with a Cloud Print window asking for us to choose one of the destination printers listed in the Cloud Print Account. Once the proper Lexmark printer was selected, Google provided an additional screen regarding color, paper size and whatnot. After that, we hit the print button. Kapow.

In theory, the process to print from a remote laptop should be as simple as that. But everything printed via a Windows application remained in Google Cloud Print queue indefinitely ("in progress" limbo) – even an Adobe Reader document refused to print. Everything else printed via within the Chrome browser. Choosing the same printer under the Google Cloud Print section worked just fine. The documents stuck in limbo seem to know where to go, but aren't quite making the proper connection. It's a new driver and bugs are to be expected, after all. However, given that Cloud Print works within the browser itself, the issue doesn't seem to be related to firewall (could be wrong) – it's something that needs further investigating.

In addition to the Windows driver, Google has also released two additional Cloud Print products. Andrew Warren, Product Manager and Printing Prophet at Google, said in a blog that Google Cloud Print Service is now available, and runs as a Windows service so administrators can easily connect existing printers to Google Cloud Print in their businesses and schools. Also released is a Cloud Print App on Google Play for Android smartphones and tablets to make it easier to print documents and files on the go.

The new app allows Android device owners to check on the status of their print jobs, and print documents and photos stored on the device. For instance, by hitting the Print icon, the app will pull up a selection of compatible apps installed on the device like Google Drive, SkyDrive, Dropbox, the Android Galley and more. Tap a picture in the gallery to print it, choose the listed destination printer, make sure the settings are good to go, and print. Unlike the Windows driver, the app works perfectly.

With these three new tools, it seems that Google is moving in the right direction in providing customers with the means to print from anywhere, any-time. Google Cloud Print should only get better from here.