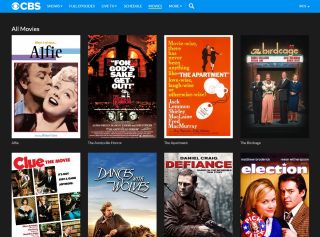 Almost two years after its announcement and 10 months after its intended airdate, Star Trek: Discovery has finally arrived. Fans tuned into CBS to watch the first new episode of Star Trek in 12 years, and — for the most part — really enjoyed it. “The Vulcan Hello" was exciting, unpredictable and, most importantly, free to anyone who had access to a TV antenna, just as Star Trek has always been.

That was the end of the free ride, however. Commercials during the broadcast informed viewers that “The Vulcan Hello" would be the last episode aired on the CBS TV network. In fact, they could watch the second episode as soon as the first one was done — but they'd have to subscribe to CBS All Access for the privilege.

For those who haven't paid much attention to the streaming scene beyond Netflix, CBS All Access is a subscription-based service that lets users access a library of CBS shows and movies, both old and new. Star Trek: Discovery is the service's first exclusive program.

If you live in the United States and want to watch Star Trek: Discovery, CBS All Access has got you cornered. Yes, you could just wait until the series is complete and use the free seven-day trial to binge-watch the whole series, but a lot of people are going to grumble about it, then ultimately open their wallets and pony up $6 per month (or $10, if you don't want commercials) to see Discovery as it airs.

What is interesting, however, is what CBS All Access has to offer aside from just Discovery. If you're going to sacrifice a decent deli sandwich every month for yet another streaming service, it should theoretically offer you more than just one 40-minute show each week. I've taken a deep dive into CBS All Access to see what's left to watch once the USS Discovery has departed every Sunday night.

CBS All Access is a streaming service that debuted in 2014. For $6 per month, American users can watch with “limited" commercial interruption (they all seemed like standard commercial breaks to me, so take it with a grain of salt), or for $10, they can reduce commercials even further (but again, don't believe the "Commercial-Free" moniker; it doesn't eliminate advertisements entirely). CBS All Access offers instantaneous access to a variety of CBS TV shows, movies and live networks on a plethora of devices.

One thing CBS All Access nails right off the bat is availability. No matter what platform you have, you'll be able to use the program. CBS All Access is available on Android, Android TV, Apple TV, Chromecast, Fire TV, iOS, PlayStation, Roku, Xbox and computers, and it works well on pretty much all of those platforms. (Some folks have had issues with the Roku app, but I haven't. And while the browser app is a little unwieldy, it still works fine, and syncs properly with other apps.)

The app has a pretty clean interface. You can browse for full episodes or clips of shows, check out the selection of movies, watch your local live CBS station (or CBS News) and access your account settings right from a navigation bar on top of the app. The home screen keeps track of where you are in whatever shows or movies you're watching, and below that, you'll find recommendations for other popular content. The recommendations aren't personalized, however; they're just based on what other people are watching, or what CBS is trying to promote.

Beyond that, the shows are organized neatly. You can choose from Originals, Drama, Comedy, Reality, Primetime, Late Night, Daytime, Classics, Specials and News. All told, there are more than 100 shows available, which is not terrible, considering that the service represents only one broadcasting company.

That's pretty much all there is to the app — and if you're thinking it sounds a little bare-bones, you're right. CBS All Access benefits from a sensible interface and some legitimately good shows. But once you dig down past the surface, there's not that much actually there.

While CBS offers more than 100 shows on its page, the numbers are a little misleading. These shows include both full episodes and clips. You may find yourself jonesing to kick back with some reruns of Elementary or Criminal Minds, then discovering that your only option is to watch your chosen show in disjointed, 5-minute bursts.

Having a huge back catalog of shows doesn't necessarily mean you'll get to watch every episode, either. While you can blow straight through classics like Star Trek or Frasier, from the first episode to the last, currently airing shows are a much dicier proposition. While I have no idea why any sane person would want to watch The Big Bang Theory, if you so desired, you could watch only the most recent episode. There are no past seasons whatsoever. The same applies to other modern shows, such as Kevin Can Wait and Mom.

The rotating movies on offer are also a mixed bag. While they're mostly pretty good (I'm especially partial to Star Trek: Nemesis and The Usual Suspects), there are only 24 of them at the moment, and CBS doesn't have plans to radically increase the number anytime soon.

It's hard to discuss CBS All Access' roster of exclusives, since at present, it's only Star Trek: Discovery. The company hasn't announced any additional original shows, either. This is enough to give even hard-core Discovery fans pause, since they might not have much exclusive content to watch after the show's first season wraps up.

In fact, the only area where CBS All Access really excels is in classic shows. You can find all six previous Star Trek series, plus complete runs for Cheers, Everybody Hates Chris, Family Ties, Flashpoint, Frasier, Hawaii Five-O, Jericho, MacGyver, The Odd Couple, Taxi, The Twilight Zone and more. If you've got a hankering for syndicated, prime-time shows, CBS All Access is probably the cheapest way to satisfy it.

Of course, you can get a lot of those shows on Netflix, including Cheers, Frasier and the whole Star Trek canon. That by itself isn't a knock against CBS All Access, however; a lot of its catalog is still not easy to track down elsewhere. But what does hurt it is that the old shows look, well, old.

As an easy (albeit potentially niche) example: both Star Trek and Star Trek: The Next Generation underwent painstaking remasters to bring them into HD quality. Load up these series on Netflix, Hulu or Amazon, and you'll notice the improved colors and crisper details almost instantly. CBS All Access uses the old SD broadcasts, though, which is positively baffling when you remember that CBS holds the rights to the shows in the first place.

What's also disappointing is that its original content (so far, just Star Trek: Discovery) caps out at 1080p. Both Netflix and Amazon have committed to presenting their high-budget original series in 4K resolution, sometimes even with HDR color features. Star Trek: Discovery has neither, even though UHD benefits science-fiction more than almost any other genre.

Resolution issues pale, however, in comparison to the biggest flaw with CBS All Access: commercials. I've criticized Hulu in the past for double dipping — taking money from both subscribing customers and advertisers — and CBS All Access falls into the same trap. While the $10-per-month option gets rid of most commercials, it doesn't eliminate them entirely. For my money, $6 per month seems reasonable, given the service's selection, but $10 per month is an awful lot to ask for an app with limited episodes of modern shows and very few exclusive programs.

Should you get (or keep) it?

The biggest thing CBS All Access has going for it right now is Star Trek: Discovery, which had a great premiere, and will hopefully deliver a whole season of similar quality. Once the show wraps up, though, the service needs to offer one of three things: more TV shows, more movies or more original programming. If it doesn't, paying for CBS All Access between Star Trek seasons doesn't sound that attractive, especially if you already have a Netflix, Hulu or Amazon subscription.

Right now, CBS All Access isn't without merit. At the end of the day, a streaming service is only as good as the shows it offers, and All Access has a ton of good shows under its belt. If it really wanted to stand out, however, I'd suggest that the service play to its strengths.

The absolute best thing about CBS All Access right now is that it's Star Trek central. Not only does it offer the only way to watch the current series; it's also a one-stop shop for the previous six programs, including the elusive Animated Series.

Star Trek is one of the most beloved CBS properties, and it's absolutely amazing to me that the company hasn't fully leaned into that. Instead of just Nemesis, why not host all thirteen films? Make a Star Trek landing page, complete with the shows, the films and whatever specials, clips and interviews you can round up. Give fans something to chew on while they wait for the next episode of Discovery. That'd be worth $6 — maybe even the full $10.

Until then, my recommendation stands as before: Pay for CBS All Access if you want to watch Star Trek: Discovery; hold off if you don't. The service has hooked us with a fantastic, exclusive debut, but now it's on the company to hold our interest after Commander Burnham's adventures are over for the season.