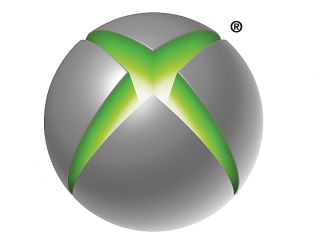 Microsoft's upcoming mandatory Spring Update for the Xbox 360 is intended to add support for PayPal-based transactions, and support for the new XGD3 disc format which offers 1 GB of additional space on Xbox DVDs for developers and extra layers for additional copyright protection. For now, the firmware update is slated to go live sometime between May 19 and May 30.

Currently the Spring Update is making its rounds in the beta testing channel, and according to the Redmond company, it's causing problems with a limited number of consoles. In fact, these units can no longer read retail disks. The problem is, there's no way to "officially" reverse the update, rendering the machines useless save for playing games downloaded from Xbox LIVE.

"This issue manifests itself a as a unique 'disc unreadable' or 'disc unsupported' error on the screen," the company said.

Xbox Customer Support is now aggressively reaching to affected Xbox 360 owners, as the team claims it can detect the failure across the network. In an email acquired by Eurogamer, the company is offering to replace the defunct console for free with a new Xbox 360S (Slim) packed with a 250 GB hard drive. Stricken gamers are required to "start a repair request" and then send the existing unit back to Microsoft.

"We apologize for this inconvenience," the company said in the email. "We will send you a free shipping label and materials along with your replacement console. After we receive your current console, we will send you a code for a one year Xbox LIVE subscription at no charge to you. Please note that the offer is valid only until September 30, 2011."

Digital Foundry reports that the problem is more than just an issue with the new XGD3 disc standard. The new update allows the console to flash the internal DVD drive with new firmware. Given that Microsoft has employed a wide range of DVD drives in its machines since launch, it's speculated that some of these optical drives cannot be flashed directly, thus forcing Microsoft to swap out the entire console.

The new disc format also comes packed with a brand new anti-piracy mechanism (thus requiring the additional layers) that's so deeply embedded, it can't be bypassed as seen with previous dashboard releases. The new dashboard will also supposedly provide new security protocols that allow developers to create APIs for their titles that perform additional scans of the DVD during gameplay.

The new Spring Update is a big deal for Microsoft, enough so that the company is willing to switch out nuked Xbox 360 consoles with fresh new Slim units. The update will supposedly roll out starting Thursday, and those who experience disc read errors after the upgrade are directed to get in touch at http://www.xbox.com/support "so we can verify if the console has been impacted."