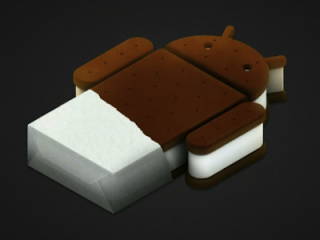 The Latest Batch of Android Hardware and Software

Not too long ago (and in our own galaxy, no less), Google revealed three important facts about the Android ecosystem: 1) There are a quarter-billion Android devices out in the world, 2) there are 700,000 new 3G/4G Android activations every single day (that figure does not include resold/reused devices, nor does it include WiFi activations), and 3) over 11 billion apps have been downloaded via the Android Market. As far as device activations are concerned, that’s well over 60 million new Android devices per quarter. Assuming my data and math are both correct, these figures put Google and its devices ahead of the 52.5 million iPhones and iPads sold during Apple’s most recent quarter, although the latter certainly made more money from its sales.

In 2012, there are three major versions of the Android operating system currently offered in various phones, tablets and other devices; Android 2.3 (aka Gingerbread) is a smartphone OS that occasionally pops up on tablets,  and Android 3.2 (Honeycomb) is a tablet OS that, as far as Tom’s knows, hasn’t shipped on a phone. While both pieces of software do an admirable job when it comes to design, functionality and style, Android 4.0 (Ice Cream Sandwich) is the keystone that brings both sides of the Google OS arch together. Fragmentation has long been the bane of Android's existence, and version 4.0 aims to address that concern.

As of today, there are three four devices in North America that officially support Android 4.0: The Samsung Galaxy Nexus, the older Nexus S (also built by Samsung, and initially released in 2010), and the Asus Transformer Prime tablet. [Ed. Note: Apparently the Motorola Xoom has been graced with an ICS update as well!] What does the new operating system mean for Android fans? Is this latest round of hardware worth upgrading to? And how does 4.0.3 stack up against 3.X on a tablet? I think it’s time we go down the Roboto rabbit hole…