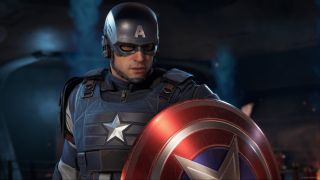 PAX West comes around every August, and transforms Seattle from a bustling tech sector into a hotspot for pop culture. This year, we saw all sorts of games, from long-awaited sequels, to unconventional indie fare, to big-budget media tie-ins. We’ve selected ten of the very best titles from PAX West 2019: action games, role-playing games, adventure games and games that are hard to quantify. The one thing they all have in common is that we can’t wait to play them – and we won’t have to wait long, as most of them will debut within the next year. Read on to learn about the best games of PAX West 2019.

TV tie-ins have the potential to go incredibly wrong, but the folks behind The Dark Crystal: Age of Resistance Tactics seem to have avoided most of the common pitfalls. Instead of simply rehashing the new Netflix prequel’s story, Age of Resistance Tactics will tell expand upon the Dark Crystal mythos, introducing a variety of new characters and going beyond what we learn on the show. The gameplay itself is surprisingly deep and nuanced, building off of tactical RPGs like Final Fantasy Tactics, right down to the customizable job classes and special abilities that affect friend and foe alike. This is a game that sets out to please both Jim Henson fans and strategy/RPG aficionados, and it looks primed to do both. – Marshall Honorof

Disintegration comes to us from V1 Interactive, a studio headed by the co-creators of Halo and SOCOM: Navy Seals. Disintegration follows the story of a group of Outlaws in a post-apocalyptic sci-fi world with you as their commander who also happens to pilot a Gravcycle, a hoverbike armed to the teeth. Part first-person shooter and RTS, you’ll be command of a squad of AI-controlled troops that you can order around with a touch a button as you float around the battlefield. The competitive online component is going to be the big draw of the game. The 5 vs. 5 matchups with each player controlling a unique crew of robots that brings their set of skills and weapons to the fight. Expect to see some frantic, chaotic fights with 50 units on screen all at once. There’s something pretty satisfying about zipping around in a floating motorcycle while firing a tactical nuke at a group of enemies while defending a capture point. - Jorge Jimenez

Everspace 2, even in its early state is trying to become the space dogfighting game you didn't know you wanted. It’s also a huge departure from the original Everspace. Instead of being a rogue-like space shooter, Rockfish studios has evolved the game into a massive open-world space combat game with a heavy focus on blowing things up. The first thing you noticed is that the production value has cranked up to the max with gorgeous renditions of distant star systems and space stations for you attacked for valuable resources. The new-found freedom opens on a ton gameplay options to be the fighter pilot you want to be. Everspace 2 is still a long way out with a scheduled 2021 release but we are excited with they showed off at PAX West nonetheless. - Jorge Jimenez

Don’t you hate when you’re trying to catch a ride and you suddenly lose your memory? Hitchhiker is a mystery game where you try to regain your memory by hitchhiker with different drivers across the country. Each driver holds the key to unlocking your memory but it’s up to you to ask the right questions. There’s a sinister undercurrent to each of these rides despite the friendly, warm aesthetic. In any case, these drivers leave you clues to your past along with clues to solving environmental puzzles. Hitchhiker is definitely one of those out there games you’ll find on the show floor at PAX West 2019.- Jorge Jimenez

After its E3 debut, fans weren’t exactly sure what to make of Marvel’s Avengers. Was it simply an action/adventure title with a few familiar superheroes? At PAX West, we learned a little more about the game, and were pleased to find that there are much deeper systems under the surface. In-between fighting legions of bad guys with light, heavy and special attacks, you’ll also get to customize your Avengers team with upgradeable skill trees, perk-laden gear and deep-cut Marvel lore costumes. As such, your Iron Man, Thor, Captain America, Hulk and Black Widow may look and play very different from your friends’. You can see for yourself, as the game will offer both solo and co-op missions, many of which you can tackle in any order you like. – Marshall Honorof

It’s been a long time since the original Psychonauts came out, but director Tim Schafer has not lost any of his zany sensibilities in the interim. Psychonauts 2 features the same bizarre setting, memorable characters and diverse gameplay that made the first game so popular, but now everything’s been fine-tuned with better graphics and tighter mechanics. Once again, you’ll play as Raz: a young psychic who’s eager to unravel a surreal conspiracy. As you delve into people’s psyches, you’ll confront physical versions of their Doubts, Regrets and Censors, all while navigating mind-bending levels. You’ll also learn quite a few psychic powers, from energy bursts, to levitation, to pyrokinesis. – Marshall Honorof

The two player co-op beat-‘em-up is not nearly as common as it once was, but Streets of Rage 4 is here to inject some anarchy back into gaming. You and a partner will each control of one of three characters: returning protagonists Axel Stone and Blaze Fielding, as well as a guitar-wielding warrior named Cherry Hunter. Then, you’ll punch, kick and special-attack your way through street thugs, break dancers, martial artists, punk rockers and even a few deadly bosses. The game is simple and straightforward, but you can add some variety by picking up weapons, from knives to glaives. You’ll have to exercise a little strategy, too, since you can accidentally harm your partner if you hit too close. – Marshall Honorof

The remake of the Secret of Mana sequel is likely to turn some heads. The fully 3D remake of the classic RPG brings in stunning visuals along with a completely overhauled combat. The style alone immediately draws you into the world that needs saving and you're the only one who can do it. The charming RPG has a full party of quirky characters who need to work together to take out sinister creatures like a giant angry crab or angry beastmen who roam the countryside. Thankfully, the combat sets little mini-goals for each fight like defeat opponents in under x seconds for bonus rewards. Expect to save the world next year on console and PC. - Jorge Jimenez

Until You Fall is an intense VR first-person melee adventure game where you fight through a fantasy world filled with twisted monsters. It’s a run-based affair where you’re expected to die and carry over your progress for your next playthrough. What sets this game apart from other melee adventures is how responsive the combat is. Enemy attacks are telegraphed ahead of time giving a chance for you to angle your weapons in order to block and parry, opening them up for critical strikes. Until You Fall makes you feel a badass as you deflect a flurry of sword strikes from a corrupted swordsman and slashing them in a face with your magic ax. - Jorge Jimenez

To address a common criticism: No, The Witcher 3: Wild Hunt – Complete Edition on Switch does not look very pretty. But it does run well, and when you want to immerse yourself in a 150+-hour epic RPG, that’s the most important thing. For those who haven’t played it, The Witcher 3 tells the story of Geralt of Rivia: a monster-hunter-for-hire who finds himself in the middle of a devastating war. He must navigate deadly monsters, political intrigue and a fraught love triangle in order to determine the fate of the Northern Realms, as well as his own destiny. The Switch version maintains The Witcher 3’s excellent story, gameplay and sound design, and lets you take it all with you. That may be worth the visual downgrade. – Marshall Honorof