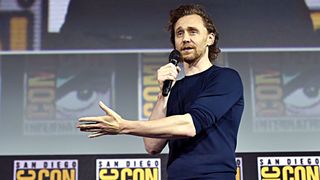 If you're like the team at Tom's Guide, you're probably still a bit peeved that the Marvel Netflix shows (i.e. Daredevil, Jessica Jones) and Agents of S.H.I.E.L.D. never really mattered to the overall Marvel Cinematic Universe picture. Disney Plus, it appears, will change that.

In a massive interview with Bloomberg Marvel Studios president Kevin Feige confirmed the long-standing hope that these new shows — including as Loki and WandaVision — will play important roles in the MCU.

Feige didn't mince words either, saying "If you want to understand everything in future Marvel movies ... you’ll probably need a Disney+ subscription, because events from the new shows will factor into forthcoming films."

Specifcally, Doctor Strange in the Multiverse of Madness, he said, will feature The Scarlet Witch (the Wanda in WandaVision). Feige noted that the Loki show will also integrate to the films, before observing "I’m not sure we’ve actually acknowledged that before."

Disney Plus won't have any of the new Marvel shows when it launches next Tuesday (Nov. 12), as the first Marvel series, The Falcon and The Winter Soldier, doesn't bow until Fall 2020. Wondering what Disney Plus will offer to tide you over until then? Avengers: Endgame just got added to the list of the Day 1 selection of Disney Plus Marvel movies and shows.