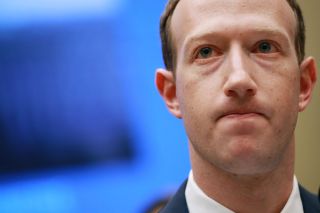 Update 6:21 pm ET: Facebook has issued a statement on this security issue, which you can see below.

An unsecured database containing the Facebook records of 267 million individuals, the majority of them U.S. residents, was online for more than two weeks and was linked to from or copied to a hacker forum.

What's the threat to you?

It's possible that persons whose data is in the database may see an uptick in spam calls and SMS phishing attempts. However, until April 2018 it was easy to "scrape" Facebook to obtain all this information. Facebook tightened up its access after the Cambridge Analytica scandal broke in March 2018.

What you can do

To make sure your Facebook data is hard to scrape, go into your Facebook settings by clicking the dropdown arrow on the top right of the desktop browser screen, then click Privacy. Under "Privacy Settings and Tools," restrict all available options to "Friends" instead of "Everyone."

The database was taken down earlier today (Dec. 19). Diachenko believes it may be connected to a criminal organization based in Vietnam, and a screenshot provided by Comparitech showed a portal with the words "Log in" in Vietnamese. However, the login credentials apparently weren't necessary.

Comparitech also said Diachenko said the database was "posted to a hacker forum as a download," but it wasn't immediately clear if that meant the entire database was copied to a different server, or whether a link was simply provided.

'We are looking into this issue, but believe this is likely information obtained before changes we made in the past few years to better protect people's information.'

Part of a pattern...