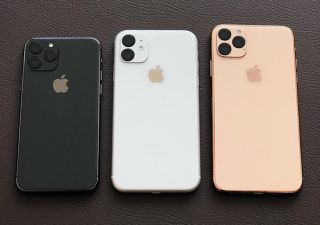 If they're real, leaked Geekbench scores don't look great for the new Apple iPhone 11, even though Apple would retain a very slight advantage over Android phones.

The iPhone 11 is the alleged successor of the iPhone XR, which is the best iPhone you can get for the money right now. Listed by its internal name — iPhone12,1 — the benchmarks seem legit, although like they could have been doctored. The scores are 5,415 for single-core and 11,294 for multi-core.

Now, these benchmarks don’t take into account the fabled AMX co-processor in the new A13 CPU that these phones allegedly use. In theory, this new processing unit will handle heavy matrix math operations — a capability that sounds similar to the processing architecture of modern GPUs and can boost certain functions like artificial intelligence, augmented reality or real-time video effects.

According to Geekbench, the new phone will also have 4GB of RAM. That is a 1GB bump over the previous generation, which is low in this age in which every flagship Android phone  starts at 8GB. Presumably, the iPhone 11 Pro and iPhone 11 Pro Max may see similar RAM bumps.

It’s yet to be seen how the performance in these two models will be but, at this point, some say the new iPhones may be yawner, with the same notch design as last year’s and modest guts. Meanwhile, Chinese manufacturers keep beefing up battery life or innovating on the camera front with the outstanding photographic performance of the Huawei P30 Pro, the 5x optical zoom on Oppos, the 64MP Isocell Bright GW1 in the incoming Vivo Nex 3, or the rumored video breakthrough technology in the Mate 30 Pro.

Apple should answer back with vastly improved cameras of its own, especially on the triple-camera iPhone 11 Pro models. That's the company's best chance to avoid another iPhone sales slump. We will have to see what happens on September 10 and in our own tests. Head to our iPhone 11 hub to get up to speed on all of the latest leaks and rumors ahead of the launch.