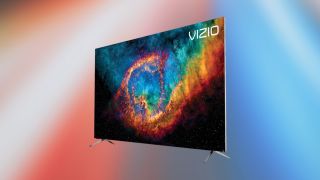 It looks like Black Friday 2019 has arrived early for Vizio fans. Walmart is taking from $100 to $300 off Vizio's 2019 P-Series QLED TVs. Even better, today's new discounts are actually up to $401 cheaper than the best prices we saw for these same TVs on Amazon Prime Day.

Make sure to follow our guide to the best Black Friday TV sales to keep up to date on the latest TV deals ahead of the holidays.