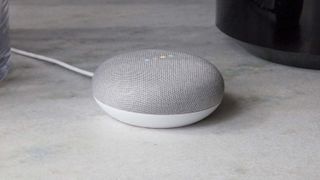 It’s been more than six months since Google announced—and then retracted—its decision to end Works with Nest, a program that let developers and smart home device makers easily connect the Nest Learning Thermostat to their products. And it’s going to be a few more months before Works with Google Assistant gets one of Nest’s best features.

Michele Turner, the senior director of Google’s smart home ecosystem, sat down with Tom’s Guide to provide an update on the transition from Works with Nest to Works with Google Assistant, as well as why this decision was made in the first place.

Turner acknowledges that Google’s original decision to end Works with Nest so abruptly was a mistake, especially because consumers would not be able to replicate everything using Google Assistant.

“I think the the frustrating pieces that we did not have the routines and automations in place for people to be able to cut over to,” she says. “And yeah, we underestimated the reaction a bit, to be totally honest with you.”

According to Turner, the APIs used for Nest’s third-party integrations gave away too much information. When Google first acquired Nest, security and privacy wasn’t as big a concern, primarily because there weren’t all that many smart home devices. However, when Google reabsorbed Nest last year, it took a harder look at Nest’s APIs, and was uncomfortable that they were exposing customers’ Home/Away data to third party developers.

“We have to completely rethink how we're doing Home/Away because we want to be able to have that device to device interaction without giving away the Home states.”

For example, if you have a routine that has your Philips Hue lights turn on if motion is detected but only if your Nest Thermostat is in Away mode, Google needs to figure out how to convey that command to Philips without disclosing the fact that you’re not home.

Turner says Google is still a few months away from launching Home/Away routines through Google Assistant, but hopes to roll it out in early 2020.

At the same time, Google is working on incorporating data from more of its devices, so that the Home/Away status is more accurate. If your thermostat is in your downstairs living room, it won’t detect you if you’re upstairs in your bedroom, and go into Away mode. However, if you have, say, a Nest Mini in your bedroom, its microphones could detect your presence, and override the thermostat. This part will take longer, but Turner says that this should be available by Google I/O.

All of this, too, is contingent on smart home partners going through a security audit, which could take anywhere from a few weeks to a few months, depending on the number and complexity of their devices. Controlling Nest products through other apps, such as Lutron’s, is also something that’s being worked on. “If they want to continue to be able to have the thermostat be controlled via their app, they have to go through our security assessment,” says Turner.

As such, Google has yet to put a firm date on when it will end Works with Nest. Hopefully, it won’t be as abrupt as last time.