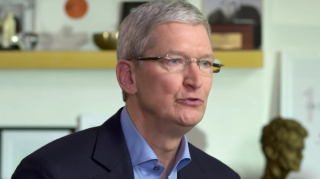 If you still needed to be convinced of just how firm Tim Cook is on privacy, his strong words on the FBI should do the trick. In some less controversial Apple news, it looks like Siri is finally making her way to the Mac. It's also good day to be a geek -- the Batmobile is invading Rocket League, and Twitch is hosting an all-day marathon of the beloved Pokemon cartoon. Here's what's trending.

In the latest round of Apple vs. the FBI, Tim Cook remains as firm as ever on protecting his users' privacy. Speaking to ABC News, Cook says that giving the government a backdoor to the iPhone would be the "software equivalent of cancer," noting that it could potentially threaten the security of Apple's millions of customers. Cook also reiterated his sympathy for those affected by the San Bernardino shootings, and mentioned that Apple is willing to help in any way it can so long as it doesn't put user data at risk. Here's our explainer on the Apple-vs.-FBI battle.

Siri Will Let You Talk to Your Mac This Fall

The lines between iOS and OS X continue to blur, and your MacBook could be getting one of the iPhone's biggest features by the end of this year. 9to5Mac reports that virtual assistant Siri will launch as part of this fall's OS X 10.12  update, allowing you to use voice commands to look up movie times, ask for directions and search the web right from your desktop. This would be a logical step forward for Apple, Siri voice search is a key component of the new Apple TV, and the Mac's Handoffs feature already allows for plenty of interplay between iOS and OS X.

You Can Soon Play Rocket League in the Batmobile

How do you make car-soccer phenomenon Rocket League even cooler? Put a Batmobile in it. The hit driving/sports game is getting special Batman v Superman-themed DLC on March 8, allowing you to score goals and block the opposition in Batman's favorite supercar on PS4, Xbox One and PC. The Batmobile is the latest of Rocket League's many wacky guest vehicles, which include Back to the Future's DeLorean and the iconic Warthog truck from Halo.

Pokemon turns 20 this month, and what better way to celebrate than to binge on the monster-collecting franchise's iconic 90's cartoon? The official Pokemon channel will host a variety of gameplay showcases and discussions starting at 10am on Feb. 27 (aka "Pokemon Day"), which will be followed by a 24-hour marathon of the beloved animated series from 6pm Saturday  until 6pm Sunday. If that's not enough nostalgia for you, you can also pick up the original Pokemon Red, Blue and Yellow Game Boy games for your Nintendo 3DS on the same day for $10 a pop.

Thanks to Samsung, your next phone might not ever run out of storage. The Korean tech giant has begun producing 256GB storage chips for smartphones, which Samsung claims are even faster than a typical SSD you'd find in a PC. Aside from giving you plenty of space for storing 4K videos, these speedy chips could allow for extra-quick file transfers and zippier overall performance.