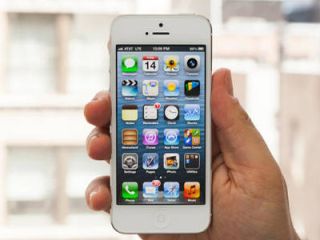 Tech security firm Appthority has revealed the apps on its latest Risky Apps Alert report, which may be scarier than the monsters you saw Halloween night.

The San Francisco firm, one of several security companies providing such data, has reviewed over 2 million apps for both privacy and cybersecurity issues.

The company cites three categories with the biggest issues:

— Dating apps such as Scout, Tinder and Flirt share too much personal data, including location, to other users, says Appthority.

— Android apps such as Disney’s Princess Wallpapers, Superman HD Wallpapers and Monsters Inc. Wallpapers — again, not authorized by the companies holding rights to those characters — that also send info to ad networks.

MORE: 13 Privacy and Security Tips for the Truly Paranoid

Mobile security is an increasingly important issue as smartphone use grows worldwide. Another study from Appthority found that 83 percent of the top apps have security issues.

Both iOS and Android systems are at risk from privacy-leaking apps, according to a July study by security company Bitdefender.

Most people have accounts on several media and social media websites. As a result, even a small bit of private personal information getting out could lead to all a person's data being compromised, which leaves the victim open to identity theft and fraud.

Spyware infection could result in the direct theft of information from your mobile devices. Personal info theft, from websites or mobile devices, could lead to bank accounts or credit cards being compromised. Perhaps worrying about these things isn’t unreasonable paranoia.

For those concerned about mobile privacy and security, Bitdefender has an Android app called Clueful Privacy Advisor. It examines installed apps and assesses how risky each is, based on whether it reads messages, sends out location data or even scans contact info. A similar Android app is called Privacy Inspector.

No similar apps exist in Apple's App Store, but for those who need extra security because their iPhones are jailbroken, there is Protect My Privacy.