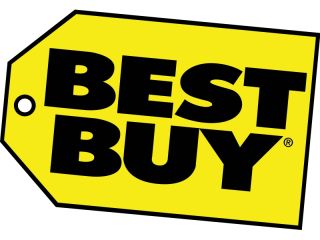 Roger Kline, 51, was a computer department sales associate at a Best Buy in Billings, Montana for three years. He was among the top-performers at the store.

"I believe I was one of the highest-regarded employees there," he said.

Best Buy management, however, saw fit to terminate Kline's employment after he tackled a thief who was trying to run out of the electronics store with two unpaid laptops.

Court records say that the thief, 45-year-old Brent Carter Latendresse, tried to leave with the stolen laptops via the back door. That door was locked, so Latendresse bolted for the front doors.

As he neared the front doors, he tripped and fell face first into the glass of the inner set of doors. That gave Kline the time to get to the outer set of doors to tackle the thief when he got back up.

"As he stood up, I grabbed a hold of him and threw him to the ground," Kline said.

The store manager then ordered Kline to release the thief; it was store policy to not interfere with a crime in progress. "Roger, you have to let him go," Kline said he was told.

These events led to the eventual "involuntary separation notice" for Kline after Best Buy reviewed his actions. Kline was aware of the store's policy, so he understood why he lost his job. The only gut-wrenching part is that it took a month to learn about his fate due to member of the Best Buy review committee's time off.

"Someone steals from you, you stop them," he said. "That's the way I was brought up. I felt like the guy was stealing from me, not just the company. I guess I took it a little personal when I saw the guy run out of the store with two computers."

Read more from the Billings Gazette.