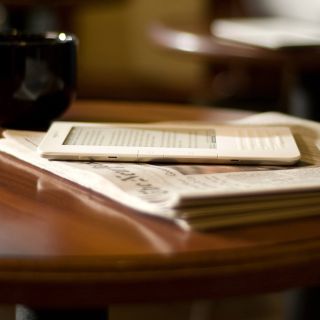 Amazon announced the Kindle DX in May of this year and, at the time, Princeton University said it would be running a pilot program that would involve students using the device as a replacement for text books.

Unfortunately for Amazon, it seems that, despite eliminating back-breakingly heavy bookbags, students aren't exactly nuts about the devices. The Daily Princetonian reports that less than two weeks after 50 students received the free Kindle DX e-readers, many of them said they were dissatisfied and uncomfortable with the devices.

“I hate to sound like a Luddite, but this technology is a poor excuse of an academic tool,” said Aaron Horvath ’10, a student in Civil Society and Public Policy. “It’s clunky, slow and a real pain to operate.”

Another problem students and professors seem to be having is making annotations with the device. Horvath went on to say that he's had to adjust the way he digests information and completes his coursework because of the Kindle.

“Much of my learning comes from a physical interaction with the text: bookmarks, highlights, page-tearing, sticky notes and other marks representing the importance of certain passages — not to mention margin notes, where most of my paper ideas come from and interaction with the material occurs,” he explained to the Daily Princetonian. “All these things have been lost, and if not lost they’re too slow to keep up with my thinking, and the ‘features’ have been rendered useless.”

Are you a college-going student? How would you feel about replacing your text books with a Kindle DX? Let us know in the comments below.

Check out the full story here.