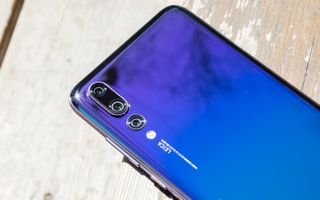 Thanks to previous leaks and a general understanding of how Huawei operates, we already had a fuzzy idea of what the Chinese phone maker was planning for its P30 and P30 Prohandsets coming out later this month. And the latest leak surrounding the upcoming phones has given us an even clearer picture of what’s coming at Huawei’s March 26 P30 unveiling.

The leak comes from German blog WinFutre, and it provides the alleged full deets on the camera setups of the upcoming phones, along with a specs rundown.

Despite some rumors that the P30 Pro would offer four rear cameras, WinFuture’s report claims both Huawei phones will havea  triple-camera main shooter. They won’t, however, be the same cameras: The P30 Pro offering a “periscope” lens as its zoom camera, offering a focal length equivalent to 135mm. That will give the phone an impressive 7.8x optical zoom, with software being able to bump that to 10x hybrid zoom.

The zoom camera on the P30 won’t be as impressive, capable only of punching in for a 5x optical/digital hybrid zoom, according to the report.

MORE: The Most Anticipated Smartphones

Huawei’s periscope lens would come at the same time that Oppo is taking a similar approach to develop a camera with a 10x optical zoom for its phones. Oppo’s phone could arrive in April, which would be after the P30 Pro makes its debut.

Both new Huawei phones reportedly will have a main 40-megapixel f/1.6 rear shooter and a 32-MP selfie cam on the front. The other differences between the camera on these models are that the P30 Pro has a time-of-flight sensor paired with its rear camera setup to give it 3D depth-sensing capabilities, while the P30 does not. The P30 Pro’s wide-angle lens is a 20-MP sensor with an f/1.6 aperture, versus a 16-MP (f/1.6) lens for the P30.

Beyond the technical stuff, WinFuture also served up some new renders of the two P30 phones from leaker Roland Quandt, confirming a subtle teardrop notch on both phones’ screens and a never-before-leaked “Amber Sunrise” color body for the P30 Pro.

Though the cat may seem to be out of the bag for Hauwei’s latest batch of phones that you probably won’t be able to buy in the US, you’ll want to keep an eye on the company’s March 26 announcement in case of surprises. Even though those are getting to be more and more rare in this crazy leak-prone smartphone world that we live in today.