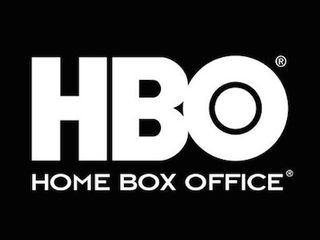 Hell hasn't quite frozen over, but it got a bit chilly today (Apr. 23) when Amazon announced that a big chunk of HBO's back catalog will be available for unlimited streaming to subscribers of the $99/year Amazon Prime program.

HBO has been playing extremely hard to get online. The HBO GO app, now on many major streaming boxes such as Apple TV and Roku (and soon coming to Amazon's Fire TV), provides unlimited access to HBO, but only to people who also have a cable subscription. Today's deal with HBO is the first in which cord cutters can get all-inclusive streaming access to HBO shows. You can't (at least yet) watch HBO programs on Netflix and instead have had to purchase episodes or seasons (for a small fortune) from providers such as iTunes.

Subscribers to Amazon Prime program (which includes other bennies such as free two-day shipping) won't be able to watch all HBO shows. You'll still need a cable or satellite TV subscription to watch "Game of Thrones," or seek less-legal means. (The show consistently rates as the most-pirated TV program — something even HBO execs acknowledge with pride.)

As a rule of thumb, HBO is providing unlimited streaming access to seasons of shows that aired about three years ago. This includes the complete collection of oldies but goodies like "The Sopranos," "The Wire," "Deadwood," "Rome," "Six Feet Under" and "Flight of the Conchords," plus such miniseries as "Angels in America," "Band of Brothers" and "John Adams." Today's announcement also stated that, "select seasons of current series such as Boardwalk Empire, Treme and True Blood" will be part of the deal.

So if you never got around to watching "The Wire" or want to see what all the fuss is about "Girls," you can watch for relatively cheap. The math is pretty favorable if you want to binge on HBO content — even just one show per year. For example, purchasing all five seasons of "The Wire" from iTunes will run you $ 98.95. A yearlong Amazon Prime subscription costs $99 per year and in addition to HBO shows includes access to a big number of network programs (some exclusively on Amazon Prime Instant Video) and Amazon's growing roster of original programming.

Video bandwidth-tracking firm Qwiltannounced on April 8 that Amazon has become the second most-trafficked online video service — both the unlimited streaming content and the a la carte rentals and purchases — are second only to Netflix in popularity (though still pretty far behind). But pundits (and anecdotal input we got from conversations with people) have indicated that the recent Amazon Prime price hike from $79 to $99 per year could be just too much for people to start or renew the service. Today's HBO deal might just be the killer app that makes the cost of Amazon Prime worthwhile. (Meanwhile Netflix this week announced that it may raise its monthly subscription for unlimited streaming from $8 up to $10 per month, or $120 per year.)

With either big content deals, original online programs, access to new apps on streaming boxes and even some new boxes being announced nearly every day, the online video world is heating up faster than any other tech or entertainment category. Stick with us to follow whatever will happen next.