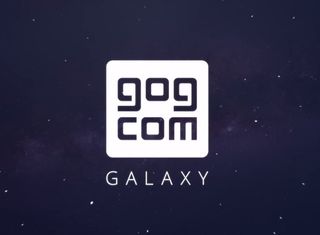 Steam is the premier downloadable games service on the Internet, but it's not without its detractors. GOG, one of Steam's biggest competitors, is well aware of Valve's limitations, and wants to offer a viable alternative. The Polish games company will launch GOG Galaxy: an optional client to manage your downloadable games that lets you use only the features you want.

GOG announced the service on its website. The Galaxy beta is currently only available for Mac and Windows, with Linux versions to follow soon. Anyone familiar with Steam should find Galaxy's general setup pretty comprehensible. The software keeps track of games you've purchased through GOG, gives you in-game achievements, lets you chat with friends and keeps track of game time and leaderboards.

Galaxy will offer three unique benefits absent from Steam: optional features, game ownership and the ability to play games without Galaxy. If you're familiar with GOG, these all make sense, given the company's history and overall philosophy.

GOG was originally Good Old Games, which aimed to provide consumers with DRM-free versions of old DOS and Windows titles that could run on modern systems. As gamers clamored for more DRM-free games, GOG began to offer modern titles with the philosophy that once you pay for a game, you should own it outright.

Steam requires users to run the client in the background; Galaxy will not. As you own games purchased through GOG, you can run them however you see fit. (You do not own games on Steam; you license them from Valve indefinitely.) Similarly, users can disable features like achievements and chat if you'd prefer to use Galaxy just as a place to manage your library.

Galaxy has no release date yet, but those who sign up for the beta on its website should get to test the service within a few days. While it may seem like the last thing gamers need is yet another downloadable games service, Galaxy appears to offer something a little different and potentially more consumer-friendly than Steam, Origin, Uplay and the like.