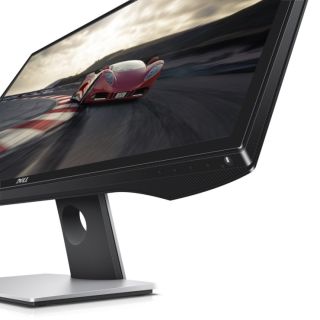 Whether you're a designer or a gamer, nothing can give your desktop an upgrade like a 4K monitor. For a limited time, Staples is dropping the price of the Dell 28-inch 4K LED Monitor to just $279.99.

That's $129 under Dell's direct price and it also undercuts most retailers, which sell it for around $500.

In addition to its 3840 x 2160 resolution, the 28-inch monitor also has a 60Hz refresh rate and speedy 2ms response time, which promises blur-free action sequences.

Dual 9-watt integrated speakers deliver clear sound and the backlit LED monitor also supports picture-in-picture and picture-by-picture. The former displays one source on the main screen while simultaneously displaying a second source via an inset window, whereas the latter separates the screen in half displaying output from two different sources simultaneously on the left and right sides of the screen.

In terms of connectivity, the S2817Q has two HDMI ports, two USB ports, and both traditional and mini DisplayPort connections.