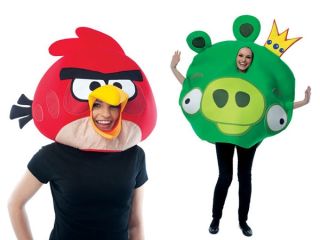 Rovio released a teaser trailer that didn't show any gameplay, but instead depicted live-action Angry Birds in a go-kart racing scenario.

Kalle Kaivola, SVP of Product and Publishing at Rovio, hinted that there may be more to the upcoming Angry Birds Go than just racing, saying, "The moment the kart fell apart in front of our eyes, we just knew it felt right."