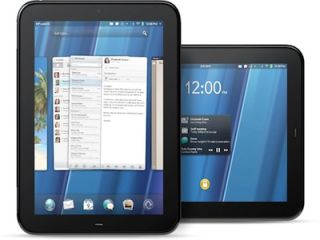 Every tablet that launches is inevitably compared to Apple's iPad and it's definitely not uncommon to hear hotly-anticipated hardware referred to as 'a potential iPad killer'. However, while most companies are trying to compete with the iPad, HP insists the iPad is not part of its game plan when it comes to its newly-available TouchPad.

Speaking during an interview with the Loop, HP’s vice president of Worldwide Developer Relations Richard Kerris said that the company is not targeting Apple with the release of the TouchPad.

"We think there’s a better opportunity for us to go after the enterprise space and those consumers that use PCs," Kerris said when asked about Apple's dominance in the market. "This market is in it’s [sic] infancy and there is plenty of room for both of us to grow."

The HP exec was later quoted as saying:

"We think the world of Apple and have the utmost respect for their products. It would be ignorant for us to say that we are going to take it [the market] away from Apple."

Running the brand-spanking-new WebOS 3.0 and hitting stores today, TouchPad reviews hit on Wednesday and not all of them have been favorable. However, Kerris isn't worried and says HP plans to fix issues highlighted by reviewers with over-the-air updates.

Check out our review of the HP TouchPad over on Tom's IT Pro.