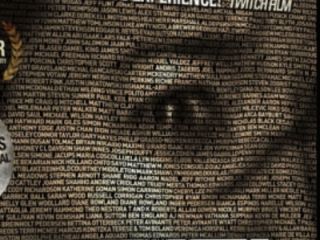 Paramount Pictures is one of many Hollywood studios going after movie pirates sharing its flicks on the BitTorrent channel. And while the accused are facing huge legal fees, outrageous fines and possible prison sentencing, Paramount is quietly partnering with BitTorrent in the distribution of the upcoming horror movie, The Tunnel. Essentially Paramount is embracing the very technology it's condemned.

TorrentFreak reports that, in two months from now, the film will be distributed worldwide on BitTorrent for free. However, Paramount is also simultaneously releasing the horror movie on DVD, except the disc version will feature an additional two hours of exclusive footage including an alternate ending and a behind-the-scenes documentary.

"Our experience with Paramount has been positive, and we’re impressed with how forward-thinking they’ve been on considering our specific project,” said Enzo Tedeschi, the film's producer and editor. "From day one we’ve maintained that The Tunnel is not supporting or condoning piracy, but instead trying to incorporate a legitimate use of peer-to-peer in our distribution strategy internationally."

Is it possible that Paramount is testing the waters of a new digital era? Could this mean consumers will eventually pay for what they want? The structure could easily mimick a similar revenue-generating microtransaction model used by free-to-play games which grant free access and leaves it up to consumers to shell out actual cash for extra content. Viewers of The Tunnel may be getting just a mere taste of the horrors down below for free on BitTorrent while the retail DVD offers the full experience.

But the BitTorrent-DVD scheme smells suspicious, a possible trap to snare pirates who will likely rip the retail DVD and throw it into the BitTorrent channel anyway. “So much of the debate at the moment is caught up around what has been happening in the past [with BitTorrent and piracy], but that’s not what The Tunnel is about," said co-producer Julian Harvey. "We’re trying to look ahead. We have a film and we’re trying to find an audience."

Slated for a May 19 release, The Tunnel focuses on the real-life network of tunnels underneath Sydney, Australia. Originally they were dug out as part of a subway network, but the project was discontinued. U.S. General MacArthur took a liking to the tunnels during World War II, and used them as his underground headquarters. Now abandoned, a film crew decides to venture down into the cold, dark depths...