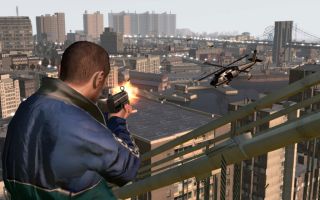 “When it comes to crime fighting, a picture is worth more than a thousand words," said Commissioner Kelly. "This is just one more tool to help the public help the police in our powerful partnership."

While this seems like a great idea, we can’t help but think there will be some people who’ll take advantage of this. Nearly every single cell phone on the market has a camera these days and of course, it’s ten times easier to track a picture than it is to track a phonecall from a blocked number however, we’re willing to bet there’ll be dozens of kids that don’t know any better sending pictures and videos to emergency hotlines every week.

Again, the same could be said of citizens ability to send pictures to 311. 311 is a non-emergency hotline, which means people would be more inclined to pull pranks. The press release says citizens can send in pictures to 911 to help solve crimes and send images to 311 to report quality of life complaints. It’ll be interesting to see how many people try and pass off a neighbor or ex as noise pollution or vagrancy.

Currently photos submitted are not available in patrol cars although according to the Associated Press, this will be addressed by next year. The technology comes at a pricetag of $250,000 and has been in the works for the last year and a half.