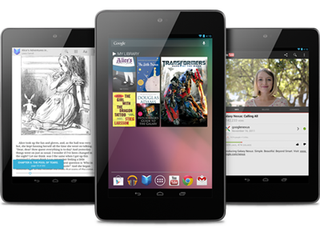 Google Finally Has A Nexus Tablet

Ever since the original HTC-built G1 launched in late 2008, the market for devices built with close oversight from Google has been strong. There are plenty of high-quality Google tablets and smartphones to choose from, but the Nexus line promises top-shelf hardware coupled with the latest version of Android.

While Google has worked with HTC and Samsung to produce Nexus phones, the Nexus 7 is the first such collaboration in the tablet space. Asus, the company responsible for the acclaimed Transformer line of Android slates, is the hardware partner for Google’s flagship tablet.

So what makes the Nexus 7 so special? Three features stand out distinctly: The Nvidia Tegra SoC (system on a chip), Android 4.1 (also known as Jelly Bean), and its smaller seven inch screen. While there are other tablets in this size category, they are far fewer in number than the ten inch segment. That lack of size makes for a markedly different experience, one that has benefits as well as shortcomings.

Current page: Hands On With the Google Nexus 7 Tablet