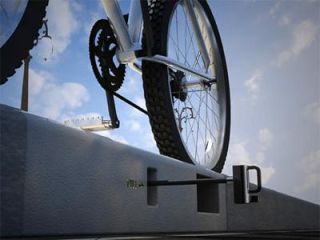 Bicycles are great: they get you from one place to another, have zero environmental impact, and provide a robust workout. In fact the only kind of refilling needed to power a bike, aside from a few chugs of Gatorade, would be air for the tires. Kim Won Kyeong and Kim Jong Buem, two graduate students at the Hong-ik University in Seoul, plan to solve this little air shortage with their curbside concept.

The Air Station is, just like it says on the tin, an air refilling station that's meant to be installed along bike lanes within the Korean metropolis. The main body of the Air Station is built right into the curb. Just park your bike next to it, pull out the extendable hose, and start pumping away on the foot pedal.

Sleek looking glow-in-the-dark signs will help bikers spot the cleverly hidden Air Stations in day or night, which is good, since this Korea, and you wouldn't want to get caught with the flat tire in the dark. That's just asking to be a victim in one of their crazy horror movies.