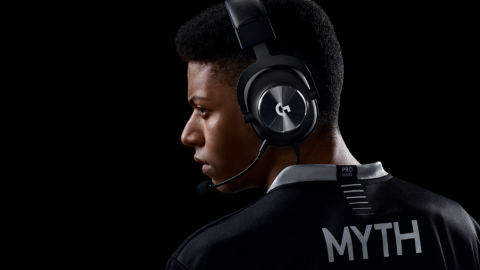 Pick up the Logitech G Pro X if you're a competitive PC gamer with $130 to spare. If you can live without fancy mic features, a competing $100 headset should serve just fine.

Logitech designed its new G Pro X gaming headset with pros — and aspiring pros — in mind. The headset is streamlined, comfortable and powerful, and most of its extra features are hyperfocused on utility for the competitive crowd. Normally, this might preclude a more casual audience from taking a look, but the G Pro X works with just about any system and costs $130: not a budget headset, but not nearly as expensive as some other peripherals made with pros in mind.

While the G Pro X is not a perfect headset by any means — it's hard to get a good fit with it, and the software can be a little abstruse — it delivers in every category that counts. Games sound great, the headset feels great to wear for hours on end and the mic is surprisingly good, thanks to a few neat processing tricks. The Logitech G Pro X won't necessarily make you a better competitive player, but it will give you every tool you need to succeed.

The G Pro X doesn't look quite like anything Logitech has designed before. A metal substructure supports two black plastic ear cups, each of which has a silver circle with a G logo on the outside. The headband features plenty of padding and elaborate stitching to keep everything in place. Two stretchy wires connect the headband to the ear cups, giving the G Pro X a sort of industrial feel. Overall, the headset looks distinguished enough to wear wherever you like, but inventive enough to differentiate itself from the rest of the crowd.

One thing you'll notice right away is that the G Pro X offers a ton of options, depending on how you want to wear it and use it. You can connect it to devices via a single 3.5-millimeter audio jack, or use an included mic/audio splitter for gaming PCs. You can also connect the headset to a USB adapter, which you'll need if you want to take advantage of the software. The flexible mic is fully detachable, and you can swap the ear cups between leatherette and foam. It's hard to imagine a gamer for whom the G Pro X wouldn't feel comfortable, or work with that person's existing hardware setup.

My only quibble here is that swapping between the foam and leatherette ear cups is almost more trouble than it's worth. The tight fit and unforgiving connections make it a challenge for even the most nimble-fingered audiophile. This problem is by no means unique to the G Pro X — it's even more difficult to do this on some audio headphones — but you won't want to switch back and forth any more often than you have to.

Whether you go with the foam or the leatherette ear cups, the G Pro X is a delight to wear. (I went with foam; the sound quality isn't quite as good, but it doesn't get nearly as warm, either.) The ear cups rest gently on the ears, even if you wear glasses, and the device weighs a very manageable 11.3 ounces.

However, getting comfortable also requires you to get the G Pro X to fit right, which isn't nearly as easy. The headset is a bit too rigid to adjust while it's on your head, which leads to a frustrating process of taking it off and trying it on, over and over. There are marked notches, which make it easy to measure and retain your position, but it's still pretty difficult to find a fit that really works, as opposed to one that just kind of works.

A co-worker of mine also spent some time with the Logitech G Pro X headset, and he generally shared my take on it. He thought the headset was lightweight and felt comfortable, albeit just a bit tight. He also preferred the foam ear cups, for what it's worth.

As the G Pro X is supposed to be a tournament-ready headset, it was important to see how well it performed with competitive genres, like FPS and RTS. In Overwatch, I could hear the activating cry for each ability, the direction of each enemy's attack and the satisfying pulse of gunfire from every weapon. In Age of Empires: Definitive Edition, every battle alarm rang through crisply and clearly, punctuated by the clang of swords and the trumpeting of war elephants. The G Pro X provides subtle, nuanced sound that complements competitive gameplay.

But it's no slouch on nontournament titles, either. The orchestral score in Baldur's Gate: Siege of Dragonspear balanced well against my party members' quips, and the sound effects and voicework came through loud and clear in World of Warcraft. (This headset could be especially helpful for MMOs, come to think of it, since the mic is quite good. More on that shortly.)

While the G Pro X is primarily a PC headset, I also had good experiences playing Final Fantasy VII on the Switch and Assassin's Creed Origins on the PS4. Thanks to its 3.5-mm audio jack, the headset works with just about any system. That's a good thing if you don't have a strong preference between PC and console gaming.

The G Pro X features a volume dial and a mic mute button about halfway down the audio cord. I asked a Logitech engineer why the company went with this design instead of an ear cup volume dial. He replied that pro players seem to prefer it there, although there's no real mechanical reason for their preference; it's just something they're used to.

However, the biggest innovation the G Pro X introduces is the Blue Voice processing for its mic. If you install the Logitech G Hub software, you can turn on a filter, courtesy of the high-end audio company Blue. This will use software rendering to make your voice sound crystal clear, with a variety of equalization options.

On its own, the mic is fine. It recorded my voice clearly, without any fuzz and with sufficient volume. But it also sounded quite flat and bland. That's where the Blue Voice functionality comes in. You activate Blue Voice, then select what kind of voice you have — a high and soft voice, a low and loud voice, or anything in between — then let the G Hub software render what you say in real time.

With Blue Voice activated, my recordings didn't quite achieve podcast-level quality, but the sound wasn't that far off, either. The G Pro X could be a boon for tournament players, but I also see a lot of potential for up-and-coming streamers who aren't ready to invest in a big, expensive setup just yet.

One thing that I especially appreciated about the G Pro X is that it doesn't skimp on music performance, like a lot of gaming headsets — even ones in this price range, surprisingly. The vocals could sound a little brittle, but since you can also toy around with equalization settings, this isn't an insurmountable problem. Otherwise, the treble, bass and vocals all meshed together very well, creating a balanced, pleasant soundscape. If it's not exactly "rich," it's not far off.

I listened to tracks from Flogging Molly, Old Crow Medicine Show, The Rolling Stones and G.F. Handel, both at home and on the go, and I was extremely pleased that the sound quality on all counts resembled something you'd hear on a decent, inexpensive pair of audio headphones. However, be aware that the G Pro X ear cups do not fold flat, so transporting the headset is a little more difficult than it could be.

The G Pro X sounds great, looks appealing and offers a variety of useful features. The headset is well-suited to the up-and-coming tournament player, but it's also perfectly comfortable and functional if you prefer to sit at home and immerse yourself in a single-player session. At $130, it's a little more expensive than comparable models like the SteelSeries Arctis 5 or Razer Kraken Tournament Edition, but it's also much prettier and potentially more feature-rich.

The G Pro X is an easy recommendation, as long as you're willing to spend $30 more than most headset manufacturers ask for gadgets like this. But what you get in return is more than worth the price of admission.