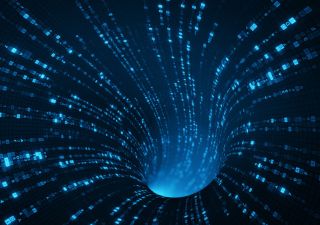 UPDATED with our test results, which indicate that WARP may not yet be ready for prime time. See below.

Maybe you don't need to pay over $1,000 for a 5G phone to get a speedier connection. Web-fidelity company Cloudflare yesterday (Sept. 25) took the reins off WARP, a VPN-like service for mobile devices that promises to make internet connections safer and, if you pay a monthly fee, faster.

"There were approximately two million people on the waitlist to try WARP," Cloudflare founder and CEO Matthew Prince wrote in a blog posting. "The common refrain is consumers don't care about their security and privacy, but the attention WARP got proved to us how wrong that assumption actually is."

WARP is an extension to Cloudflare's existing 1.1.1.1 Domain Name System (DNS) service, which routes website-address lookups through Cloudflare's infrastructure. If you have the 1.1.1.1 app installed on your mobile device, WARP will route all internet communications, not just DNS lookups, through Cloudflare's network.

Communications will be encrypted so that no one on your local Wi-Fi network will be able to snoop on your traffic. But as with a VPN, the encryption ends at the edge of Cloudflare's network -- once you're past that, it's the regular internet.

However, you should use WARP for security, not privacy. Unlike a VPN, WARP will not always make your IP address -- your internet network location -- invisible. Other Cloudflare and WARP users will be able to see it.

"WARP is not designed to allow you to access geo-restricted content when you're traveling," Prince said. "It will not hide your IP address from the websites you visit."

However, while a VPN would slow down your traffic, WARP shouldn't, and WARP Plus should actually speed it up.

The basic WARP service is free "without bandwidth caps or limitations," Prince wrote. But for an additional fee, WARP Plus will route all your internet traffic using its Argo system to avoid congestion, promising speed boosts of up to 30%.

WARP Plus costs $4.99 per month for Android users in the U.S., and iOS pricing is still being worked out. Costs in other countries will vary, but are loosely tied to the "Big Mac index," a simplified measurement of relative prices in different countries used by The Economist magazine.

How to get WARP

To get WARP, install the Android or iOS versions of the 1.1.1.1 app on your mobile device. If you already have the app, you may have to update it. Once the app is installed or updated, go into the Settings menu on the top right of the screen and select 1.1.1.1 with WARP. Then go back to the main screen and enable 1.1.1.1.

WARP was announced by Cloudflare back on April 1, and was supposed to have been ready by July. Prince has a long explanation of what held things up, but the upshot is that all 2 million people on the WARP waiting list will get 10GB of free WARP Plus data.

Other people can get 1GB of free WARP Plus data for every friend they get to sign up for WARP (even the free version), and every one of those friends starts out with 1GB of WARP Plus as well.

We're going to be trying out WARP on both iOS and Android today and will update this story later with the results of our tests.

Test results: Not that great

Contrary to what Cloudflare would hope, we did see significant network speed deterioration in our own informal tests of the free WARP service, especially on upload speeds.

On a OnePlus 5 running Android 9 Pie, it was difficult to see a pattern in the download speeds because they fluctuated so much on our home Spectrum broadband-cable connection anyway.

Uploads were a different matter. Without WARP enabled, our OnePlus 5 on the Spectrum home connection pushed data upstream at a rate between 5 and 6 megabits per second (Mbps). With WARP enabled, upload speeds dropped by about two-thirds to a range between 0.45 and 1.55 Mbps.

On an iPhone Xs Max running iOS 12.4.1 connected to the same Spectrum home broadband connection, our baseline download speeds were faster than on the OnePlus 5, peaking at about 45 Mbps before WARP was installed.

Cellular data speed saw similar slowdowns. WARP slowed our OnePlus 5's AT&T LTE cellular download speeds a bit, maybe by 15-20%, but the uploads were abysmal, dropping from about 8 Mbps to about 0.5 Mbps. At one point, the WARP connection failed entirely.

We didn't try out the WARP Plus service, mainly because we didn't want to pay for something we were going to use for only half an hour. But right now, it's hard to see how a speed boost of 30% can make up for an upload speed drop of 90%.

Personally, we're still going to use the free version of WARP when traveling, as it should secure all internet connections even when on public Wi-Fi networks in hotels, airports and restaurants. We can live with a download speed drop of 20%. But we wouldn't use WARP for serious business just yet.