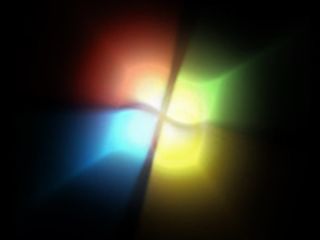 The end is in sight

Microsoft will cease support for Windows XP on April 8, 2014, and disasters of biblical proportions could follow! Unprotected by continued security patches, Windows XP could become a festering wasteland where banking Trojans rob people blind, shifty criminals hijack little old ladies' computers on a whim, and innocent PCs get drafted into botnets to work at exploitative data mines all day long.

The above scenario might be a little extreme, but Windows XP users (of whom there are still a huge amount) have known since April 2013 that XP's days were numbered, and many of them have yet to switch over to Windows 7 or 8. Come April 2014, this will make Windows XP into a haven for malicious hackers, as users will have little recourse against new forms of malware.

After me, the (malware) deluge

The threat of malware is pressing. As long as Windows XP has a sizable user base, it will remain a tempting target for purveyors of harmful software. After April 2014, Windows XP will not receive any more security updates. Savvy users can still avoid and treat malware, but others will find their systems infected and have little to no recourse.

"I've heard people speculating that people developing exploits may be saving them up and waiting till after the [sundown] date," Chester Wisniewski, senior security adviser at the Canadian branch of security company Sophos, told Tom's Guide, even though he does not believe the rumors. "The guys who figure out how to exploit stuff don't write malware, don't infect websites. They just develop exploits and sell them to someone else."

One concentrated malware push might not be a problem, but a gradual buildup almost certainly will. "Every time a new problem is found, those things will build on one another, month after month, and the risk will almost increase exponentially," Wisniewski said.

Most Windows 7 and 8 bugs are based on the core Windows software, which has not changed since Windows 95. This means that when Microsoft releases patch notes for 7 and 8, it will give exploiters a number of easy new ways to compromise XP.

Three or four new bugs each month may seem harmless, but the problems will be additive; within a few months, an XP system will be vulnerable to 15 or 20 crippling flaws.