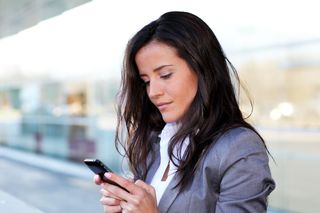 Imagine downloading a full-length feature movie over cellular data in just a few seconds. That speedy network connection that we dream about  could be real by the time 5G networking rolls around. And if Verizon has its way, that time could come years sooner than predicted.

The carrier will be starting field tests on its fifth-generation (also known as 5G) technology in 2016, beginning with test environments in the company's Innovation Centers in San Francisco and Massachusetts. Verizon said it has already roped in partners such as Alcatel-Lucent, Ericsson, Nokia, Qualcomm and Samsung,  which have each established working teams to focus on developing the tech.

Verizon's chief information and technology architect Roger Gurnani told CNET that he expects "some level of commercial deployment" to begin by 2017. That's three years sooner than the industry-held time frame of 2020 for commercial 5G deployment. If Verizon does meet the 2017 timeline, it could help America beat South Korea to the punch.

The Asian nation announced its plans to showcase its 5G technology during the 2018 Winter Olympics in Pyeongchang, and Korean electronics giant Samsung has already repeatedly demonstrated blazing 5G speeds of 7.5 GBps. That's a 940MB download in one second, albeit under ideal conditions.

No other major wireless carrier in the U.S. has unveiled such an established roadmap in the race towards 5G yet, but that doesn't mean Verizon's rivals are sitting around twiddling their thumbs. T-Mobile's vice president of engineering Mark McDiarmid told me earlier this year that the Uncarrier has been making sure it's working with industry partners and participating in the process of coming up with the requirements of 5G. Other carriers no doubt have also forged such partnerships as well, but they seem to all be in the early stages of figuring things out.

"The fact that Verizon is going out and telegraphing its trials and who it's working with does signal that it's serious," said Peter Jarich, vice president for research firm Current Analysis' Consumer and Infrastructure services. "So, does that mean they're a leader? Sure," said Jarich.

"But, are other service providers going to be running 5G-related trials in a similar time frame? Sure," he added.

Since the fifth generation is not even a real standard yet, it's hard to tell if anyone is leading. "To say that anyone is a 5G leader is always going to be contentious, at least until the standards are fully formed," said Jarich.

The fifth generation is expected not only to bring blazing cellular data transfer to the masses, but also link many different types of smart devices, such as a connected smart home sensor or TV.