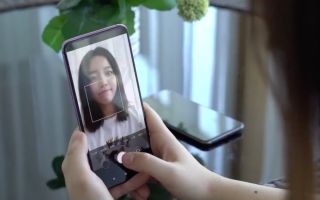 Forget about ugly notches, sliding displays,pop-up cameras, and double displays — Oppo and Xiaomi have actually managed to create the seemingly impossible: a selfie camera hidden under an OLED display. No moving parts, no weirdness — just an elegant solution for an ugly problem.

The first manufacturer who announced this new breakthrough on Twitter was Oppo: “For those seeking the perfect, notchless smartphone screen experience, prepare to be amazed. You are taking a very first look at our under-display selfie camera.” Amazing indeed.

Oppo didn’t share any technical details whatsoever about how they have achieved these magicks but, as the video shows, it works.

The Chinese company didn’t announce a specific product, so we don’t know when this technology will come to phones. Given the eagerness of these companies to differentiate themselves from the competition, 2020 seems like a reasonable timeframe.

But there’s more, as four hours later, Xiaomi made a similar announcement: “Do you want a sneak peek at the future? Here you go… introducing you to Under-Display Camera technology!”

Like Oppo, Xiaomi didn’t give technical details whatsoever about how this works or when it is going to be released.

We know that Samsung revealed that it is working on a display panel with an invisible camera back in October 2018. A recent report said that the Korean company may now be working on a phone with this technology but it’s all rumors for now.

When is Apple going to embrace this tech? Who knows. What is clear, though, is that Chinese manufacturers are poised to get rid of the bloody notch problem the Cupertino company created.