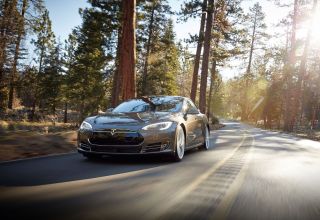 Although the latest semiautonomous driving technologies have the potential to save lives, the tragic accident involving a Tesla Model S in Autopilot mode underscored that they can also cause confusion that can result in fatalities. While the National Highway Traffic Safety Administration continues its investigation into the accident that killed Tesla owner Joshua Brown, many people have had questions about how Tesla's Autopilot should be used.

When properly employed, Autopilot, which can automatically steer and brake a Tesla Model S or Model X, can be an important driver assistance feature. But for it to enhance safety, drivers need to understand its limits and learn how to use it.

Autopilot uses forward-facing radar and a camera to watch for obstructions, traffic and lane markings ahead. It also uses a series of ultrasonic sensors around the car to detect nearby vehicles. Together, it can literally drive a vehicle down a highway without any driver input. Tesla tells drivers not to take their hands off the wheel, but it is possible to do so for up to a couple of minutes before the system shuts off and the car slows down. Other similar systems on BMW, Mercedes-Benz and Volvo vehicles allow you to take your hands off the wheel for only 16 seconds or less.

Autopilot is also designed to gather information about roads Tesla owners are driving on. In other words, it will record when a driver has to take over from the Autopilot software or has a sudden braking incident, presumably to map that data and hopefully improve the software's driving skills. A sharp turn might be noted and then used to update the software so that the next Tesla vehicle traveling on that road can anticipate the corner the next time.

While this information could be helpful in the future, there are not enough Tesla vehicles currently on highways for it to make a significant difference today. Consider that it takes hundreds of millions of drivers to give Waze a reasonable level of accuracy in providing simple traffic information.

Warnings — there are lots of warnings. Right from the start, whether you're looking at the owner's manual or the on-screen prompts in the car, Tesla points out that Autopilot and the subservient Autosteer programs are in beta. That means they have not been fully tested and are not considered ready for final release. There are warnings on-screen when you set up the system and warnings in the dash when you engage Autopilot.

In other words, ignore the showboating videos you've seen, and do not ever read a newspaper or eat a ham sandwich while you're behind the wheel.

Autopilot is really the combination of two features: Traffic-Aware Cruise Control (TACC) and Autosteering. The former is a souped-up version of adaptive cruise control that's available in most cars. Tesla's wrinkle is to use ultrasonic sensors around the car to watch for nearby vehicles that might verge into your lane. The Autosteering feature watches the lane markings and objects in front of the car using the camera and radar.

So when you initially use the system, under the Settings tab you'll find the Driver Assistance menu on the main center stack screen where you should adjust the settings for Autosteering and TACC, including how near or far you want to follow other cars. When you turn on Autosteering here, again, you'll receive a warning about keeping your hands on the wheel.

Autopilot is still not engaged until you hit cruising speed, set cruise control and turn it on. You do so by doing two quick pulls on the left hand stalk. To confirm you're in Autopilot mode, you'll see the Autosteering wheel icon turn blue in the driver's display. Loosen your grip on the wheel, and you'll sense resistance from the steering wheel and then feel the car steering itself.

How to use it

While using Autopilot, you should have your feet off the pedals (but next to them) and your hands lightly on the steering wheel. Always remain alert, looking ahead as if the system were not engaged at all. Again, the software is in beta, and it is not designed to fully drive the car. While it will brake automatically, it does not recognize traffic lights or look farther down the road to anticipate sudden congestion. In other words, if you're traveling at 65 mph and there's traffic stopped immediately ahead, it will not typically be able to stop in time. Autopilot cannot overcome the laws of physics, so drivers need to remain attentive.

Practice is also advisable. The Autosteering software has been adjusted to err on the side of caution in that it tends not to predict whether the lane ahead is going to be straight or have a particular curve. So the car can tend to wander within the lane, depending on how visible the lines on the road are. It takes some practice to get comfortable using it and to understand when the car is just making minor adjustments or is about to veer out of the lane. In some ways, it's like learning how to drive again.

One additional feature of Autopilot is Auto Lane Change. To use this feature properly, you should check to make sure that the lane you want to move into is clear, and then use your turn signal. The car will use its sensors and then will move over smoothly into the next lane and automatically shut off the turn signal — and it will return to the speed you originally set in cruise control.

The last point is important because, if you have been following a slower car for several minutes, and then you switch into an open lane, the car will begin accelerating again to bring you up to speed. If you're in a construction zone or about to exit the highway, you'll need to stay aware and brake accordingly.

Where not to use Autopilot

There is no lower speed limit, but Autopilot is designed for highway use, so never use it on other roads. Tesla makes this clear and advises that the Autopilot system should not be used on secondary roads, meaning anything with intersections, traffic lights, or unmarked or inconsistently marked lanes.

The system is also best suited for wider highways with four or more lanes. Two-lane roads, even clearly marked ones, make it too easy for the car to veer off slightly into oncoming traffic, which requires quick driver reflexes to compensate. Furthermore, there are often stationary obstructions, such as double-parked trucks, on secondary roads. And Tesla specifically warns that such objects may not be detected by the Traffic-Aware Cruise Control and could cause an accident.

Two-lane highways, and highways like the one where Brown had his fatal accident, also have too many intersections and entry points. A vehicle suddenly turning into the road or turning across your lane may not be detected in time for the vehicle to stop. You, the driver, have to stay aware and anticipate such events.

When it goes off

The trickiest part of using Autopilot is realizing when it has switched itself off. If you disregard all the advice and warnings and take your hands off the wheel for more than a couple of minutes, the car's dash will warn you with a chime and display an alert that you have to put your hands on the wheel. If you persist in disregarding the warnings, the car will begin slowing down.

The real problem occurs once you've become comfortable using Autopilot and it turns off without you noticing the change. It can do so if it cannot clearly detect lane markings, for example. A chime sounds, the steering wheel icon goes gray and the steering loosens up. However, if you've become distracted and don't notice the alerts (which I found was easy to do), you may not realize the system is off until it fails to negotiate the next curve.

MORE: How to Crash a Self-Driving Car

Another typical situation in which Autopilot may shut off is if you inadvertently push too hard on the wheel (remember, your hands should be on it at all times). I often find that the Autopilot takes me too close to the center or left-hand lane marker for my taste. (On the other hand, some other vehicles often take me too close to the right-hand lane edge for my comfort level.) Consequently, I often have tugged the wheel back, and that disengages Autopilot.

When used judiciously, Tesla's Autopilot can be a great help to drivers, particularly on long trips. It can help alleviate driver fatigue, for example and, in situations where one might be momentarily distracted, prevent a serious collision. But it's critical that drivers understand its limitations and heed all warnings.