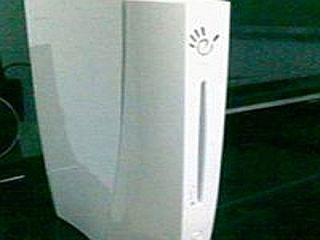 Last August we reported that Lenovo was working on a gaming console called the eBox via its spinoff company Beijing eedoo Technology Ltd. The device was slated to hit China first in November 2010 and then go mainstream overseas sometime in Q1 2011. Obviously that didn't happen, and now reports indicate that the Lenovo console won't even hit China's store shelves until the second half of 2011.

For those looking for an alternative to the Big Three, the upcoming Lenovo gaming device was officially revealed early Friday sporting a new name: the iSec, short for "Sports Entertainment Center." The console will offer a motion detection feature similar to Microsoft’s Kinect where movements are tracked by a camera, allowing players to use gestures and other body motions rather than the standard controller.

According to Eedoo CEO Jack Luo, the upcoming iSec console will be focused on family gaming. Titles shown at the press event covered exercise-themed games consisting of Chinese martial arts and workouts, sports games (skateboarding etc) and adventure games (fighting monsters). The console will also serve as a home entertainment center, offering movies, access to the Internet and even karaoke capabilities.

"Our product is designed for family entertainment," Luo said in August. "[iSec] may not have exquisite game graphics, or extensive violence, but it can inspire family members to get off the couch and get some exercise."

Initially the company is targeting a demographic of 200 million Chinese houeholds, and will offer games developed by local Chinese studios as well as those located in Europe and the United States. That said, cracking the North American market shouldn't be a problem... if it even reaches our shores. According to Luo, the company won't even consider a worldwide distribution until it's sold one million units locally. That may take a while according to early predictions.

"I expect more than 1 million [iSec's] may be sold annually after the first two to three years," Luo previously said.

Friday Lenovo chairman Liu Chuanzh revealed that he "enthusiastically" supported the funding behind the iSec console, but noted the challenges they face in an emerging motion-sensing market. "Everyone can see that there will be some technological obstacles, and that the market is not totally mature," he said. "As a result, this project will face challenges."

Does that sound like cold feet? After all, this is Lenovo's first gaming console and motion-sensing device. The company is testing the waters already sailed by (potential) rivals Microsoft, Sony and Nintendo. But given that Lenovo supplies the hardware powerhouses behind Epic Games' Unreal Engine 3 development and accompanying titles, we have no doubt that Lenovo and eedoo will overcome the hurdles.

The iSec console is slated to cost higher than the Nintendo Wii, but may possibly be slightly lower in cost than the Xbox 360. The eBox will also have around 30 free games when it finally hits the market. Will this device eventually end up on drug store shelves next to the Zone 40 wireless gaming system and "As Seen on TV" products?