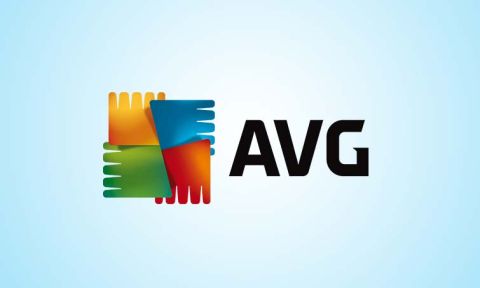 AVG AntiVirus Free is light on its feet and easy to use, but it has mediocre malware protection, few extra features and some privacy concerns.

If you're looking for free malware protection that doesn't sap the life out of your computer, you might consider AVG AntiVirus Free. With a resource-light scanner, it lets you set up the program the way you want to. Although AVG's malware-catching abilities aren't quite those of the best antivirus software, it offers few extra features, and it collects data about your online habits if you let it.

Not enough? You can up your antiviral game in two ways: Bitdefender Antivirus Free Edition and Kaspersky Free Antivirus, our top choices for best free antivirus software.

Both offer hardier defenses with few frills, while Avast Free Antivirus has extras such as a password manager, a game mode and a hardened browser, even if its malware defenses aren't top-notch. In short, you can do better than AVG.

AVG AntiVirus Free works with Windows XP (with Service Pack 3) through Windows 10. Its protection ranges from standard antivirus scanning to the blocking of potentially dangerous websites. There's a performance optimizer to help get the most out of your computer and a file shredder to make the most embarrassing photos disappear.

For more protection at a price, AVG Internet Security costs $70 per year for an unlimited number of PCs or Macs. It adds a personal firewall, enhanced ransomware defenses and webcam protection, and, as implied, some of the best Mac antivirus software and best Android antivirus apps.

AVG Ultimate costs $100 a year for unlimited devices. It adds a disk cleaner, file encryption, a startup optimizer, email protection, and the ability to lock and unlock your system remotely.

AVG shares its underlying malware-detection technology with its corporate sibling Avast, but it has its own look and feel. Its defenses begin with traditional scanning, comparing files against a database of known malware signatures. That's supplemented with heuristic monitoring to catch previously unseen malware by looking for the telltale signs of malicious behavior.

Anything that looks like a new threat is uploaded to AVG's lab for analysis. Proven new threats are assigned new malware signatures that are sent out to AVG's 200 million users in the next database update, which happens several times per day.

AVG AntiVirus Free has built-in defenses against email attachments and spyware but nothing specific to thwart ransomware other than standard behavioral monitoring. The SafePrice browser add-ons for Internet Explorer, Firefox and Chrome can keep you away from dodgy retail sites and just might save you a few bucks along the way, though to be fair, AVG may make a few bucks if you use it. Site-reputation monitoring is built directly into AVG AntiVirus Free, and the feature works with any browser.

A prominent Scan button front and center lets you start scanning quickly, but the default scan is only a quick scan that examines the most common areas of infection. A more thorough scrub is available with Deep Scan, which examines every nook and cranny of your system but is three clicks from the main page of the interface.

AVG's malware protection is a step down from the best, generally performing well against widely known malware found through signature scanning but letting through many zero-day and targeted attacks that have to be detected via other means. If you want top malware protection, look to Bitdefender or Kaspersky instead.

In our own lab tests, which see how well antivirus products block online malware, AVG AntiVirus Free scored only 95 percent, one of the lowest scores recorded. That may be good enough for an A in school, but here, it's more of a C, as it indicates that 5 percent of threats got through.

AVG's malware protection is a step down from the best, letting through many zero-day and targeted attacks.

AVG did a bit better in bimonthly evaluations conducted in the first half of 2018 by German lab AV-TEST. On Windows 7 in January and February, AVG Internet Security and its twin Avast Antivirus Free got perfect 100-percent scores across the board against both widespread and zero-day malware. AVG had three false positives in January and four in February, but Bitdefender had one more.

In a second Windows 10 round, AVG stopped 100 percent of zero-day malware in May but dropped the ball in June, with only 98.3-percent detection — nearly a percentage point behind Avast. On the upside, it stopped all widespread malware and had just one false positive in both months.

In comparison, Bitdefender's and Kaspersky's malware-detection engines stopped 100 percent of both kinds of malware in all six months of AV-TEST evaluations, with Kaspersky not registering a single false positive.

In monthly tests carried out by Austrian lab AV-Comparatives from February to July 2018, in which antivirus products were exposed to online malware, AVG (and Avast) averaged a 99.4-percent success rate, with a total of 10 false positives. Kaspersky and Bitdefender each averaged 99.8 percent.

Yet wider differences emerge with a closer look. Bitdefender's and Kaspersky's lowest scores in any given month were 99.5 percent, but AVG got only 98.6 percent in March and 98.9 percent in July.

SE Labs, located just outside London, takes into account how antivirus products treat malware after detection and how they handle complex attacks you'd see targeting politicians or diplomats. In these tests, AVG AntiVirus Free pulled ahead of Avast Free Antivirus, scoring a total of 94 percent versus its sibling's 91 percent.

AVG was slightly better than Avast at countering both regular malware and targeted attacks, and was just a notch below Bitdefender, which also let through some targeted attacks. Kaspersky pulled ahead of the crowd in these tests, scoring an overall rating of 99 percent.

While Avast has a full complement of bells and whistles, its more plain sibling AVG has just a couple of major extra features. There's a file shredder that isn't quite military-grade but can quickly make embarrassments disappear.

The TuneUp performance scanner looks for duplicate files, old software and unnecessary Windows cache files, but unless you pay up for the $50 "unlimited" version, you'll need to clear out the deadwood yourself.

Two other offerings are separate downloads. AVG Secure VPN (provisioned by Avast subsidiary Hide My Ass) gives you a month's free trial, but after that, it's $60 a year. If your computer is bogged down with malware, use a second PC to download the AVG rescue CD software, and put the software on a disk or USB drive to boot up and clean the infected machine.

Avast and AVG have some questionable privacy policies; they note in a joint privacy policy that they share "statistical data that has been anonymized and aggregated geographically and so, cannot be used to identify individuals, with third parties for trend analytics."

However, they also offer an online privacy portal where you can opt out of a lot of this data collection. You'll need an Avast or AVG account to access the portal.

With a fairly light touch, AVG AntiVirus Free won’t slow your computer much. To check the program's impact on performance, we used our custom benchmark test, which measures how long the CPU takes to match 20,000 names and 20,000 addresses in an OpenOffice spreadsheet.

Our testbed was an Asus X555LA notebook with a 2-GHz Core i3 processor, 6GB of RAM and 117GB of files on a 500GB hard drive, running Windows 10 with the latest updates.

With a fairly light touch, AVG AntiVirus Free won't slow your computer much.

Before we installed AVG AntiVirus Free, the laptop took 6 minutes and 59 seconds to complete our OpenOffice benchmark, setting a baseline.

With AVG installed but not actively scanning, the same benchmark test took 7:20 to complete — a "passive" performance hit of 5 percent. This puts AVG on a par with Bitdefender but ahead of the other free antivirus programs, except Kaspersky, which slowed down the machine by only 2.6 percent.

AVG's "regular" scan is what other brands call a quick scan, and it looks at oft-infected areas of Windows. Its "Deep Scan" is a full-system scan. Neither had much of an impact on system performance, and you probably wouldn't notice any slowdowns.

MORE: How to Buy Antivirus Software

During a Deep Scan, the OpenOffice benchmark finished in 7:45 — just 11 percent slower than the baseline and the lightest impact of all free antivirus products. A (quick) scan let the benchmark complete in 7:42, or 10.3 percent off the baseline, second only to Panda's 7.4-percent impact. AVG's Deep Scan took 54 minutes to complete its first pass, while the "regular scan" was done in 52 seconds.

AVG AntiVirus Free's dark main interface window shows a green circle with a check mark inside that changes to a red exclamation point when the system is in danger or under attack. There's a prominent Scan Computer link, along with information about when the system was last scanned, when the virus definitions were last updated and how to upgrade to a paid version of AVG.

Three of the main icons — Hacker Attacks, Privacy and Payments — are grayed out and available only to paying customers, but you can use the Computer and Web & Email icons for configuration and setup details.

In addition to Quarantine (remnants of previous attacks), the interface provides categories for File Shredder, Support, Help and About. On the downside, these windows are islands unto themselves, with no back arrow to return you to the previous screen.

The Settings menu lets you customize the program to your likes and dislikes. You can turn the reputation checking on and off, control pop-ups, change the password, whitelist software and even control what happens when you scan an item from the Windows Explorer right-click menu.

AVG AntiVirus Free lets you schedule scans to run daily, weekly or monthly. The program's Task Tray icon shows its general status when you hover the mouse pointer over it. Right-click to open the main program or to run a scan.

You'll start the installation process by downloading and running the 7.1MB installer package from the AVG website. But make sure you decline the offer to install the Google browser toolbar as well, unless you really want it. From start to finish, the process took a little under 7 minutes.

The installation procedure doesn't let you opt out of data collection, but it's easy to do so once the program is running. Go to Menu, then General, then Privacy, and uncheck the box about participation and sharing information with third parties.

You don't need to set up an AVG online account, but if you do, you can monitor other systems you have with AVG software installed. Tech support is entirely self-service, with an extensive knowledge base and online forum, but neither phone nor email help is available for free.

AVG AntiVirus Free has a light system impact and a very customizable interface for a no-frills program, but its Achilles' heel is its mediocre malware protection.