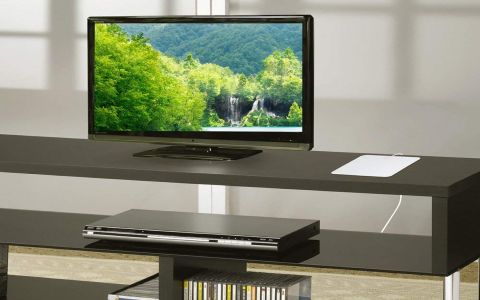 The Antop AT-100B is a typical flat antenna with an amplifier that, in our tests, showed it can help capture otherwise marginal stations.

It's the simple ideas that often make life easier. In the case of the $45 Antop AT-100B Paper Thin SmartPass Amplified Indoor TV Antenna, it's a little switch on its in-line amplifier. The switch allows you to turn the power on or off as needed without having to completely unplug the antenna from the back of the set or wrestle with a nest of cables and plugs.

The Antop AT-100B is a typical flat antenna, comparable in size and shape to several models from the likes of Mohu, Amazon and Antennas Direct. The antenna itself is reversible, with one black side and one white side that can make it less conspicuous when it's stuck on a wall. It is also similar in size and shape to the nonamplified Antop AT-100 Paper Thin antenna (which costs about $30 less).

Antop says the Antop AT-100B has a reception radius of up to 55 miles and claims the amplifier is balanced for both short- and long-range reception. The antenna also has a 4G LTE filter to eliminate noise from cellphone transmissions, although we didn't find that this feature necessarily translated to any marked improvement compared with other models that lack the filter.

In the package, Antop includes a transparent suction cup for window installation and three Velcro-style stickers for hanging the AT-100B on a wall. The brief instructions also note that you can simply lay it flat on a table, although we don't recommend it; a wall or window installation will work best. (To see the total number of stations possibly available over the air in your area, we also suggest checking AntennaWeb.org.)

An included 10-foot attached cable should be long enough for most living room installations. The Antop's amplifier is part of the cable, and it's not removable. Fortunately, the on/off switch makes it easy to kill the amplification should you discover it's doing more harm than good in certain weather conditions or you can receive a particular channel only in power-off mode. (With other amplifiers you have to physically unplug the amp to turn it off.)

We tested the Antop AT-100B Paper Thin SmartPass on a 55-inch Samsung 4K KS9000 TV, which has a particularly sensitive built-in tuner. An initial scan of channels with the Antop's amplifier turned up 31 available channels; with the amp off, there were only 28 possible stations.

After viewing and listening to each station for extended periods, we found that, in amplified mode, the AT-100B reliably tuned in 19 stations in our area. The local Fox and ABC affiliates, for example, were crystal clear. Subchannels with reruns of Spin City also delivered an acceptable picture. The reception of some even weaker community-access channels (mostly airing city council meetings) was also consistently clear.

With the amplifier switched off, we definitely received fewer channels (25 on an initial scan, 15 that were watchable), and those that we did pull in appeared to have more signal interruptions. In some cases, amplifiers can interfere with overall reception, but Antop's design definitely delivered noticeable benefits, such as tuning the PBS channels we otherwise wouldn't receive.

The Antop AT-100B Paper Thin SmartPass Amplified Indoor TV Antenna demonstrates that an amplifier can, in fact, help with reception issues even in crowded airspace where scores of channels are available. There have been better amplified performers in our tests, such as the Mohu Chroma, which received half a dozen more stations. But at $70, that antenna is significantly more expensive. However, if you are focused primarily on reception and are less concerned about the initial cash outlay, we suggest looking at the $80 ClearStream Flex Amplified Indoor Antenna, which pulled in over 50 channels in our tests.