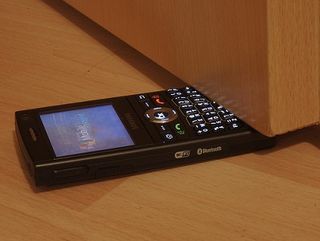 Most of us replace our smartphone every 18 to 24 months. With the rate that smartphone technology has been advancing, a two-year-old device can really seem ancient, but is it really?

To put this into perspective, the iPhone 4 is very nearly two years old, and the same goes for the Samsung Galaxy S and the HTC EVO 4G, too. When launched, these devices were beasts in the smartphone world, offering the fastest processors, sharpest displays, and plenty of storage and RAM at the time. You can replace them with something faster for about $200 – and committing to your carrier of choice for another two years – but that doesn’t make your old smartphone a true dinosaur, does it?

We’re not saying you shouldn’t ever upgrade your phone. If you don’t mind a two-year contract, then by all means, go for it! Faster is better after all. But there’s no need to turn your old phone into a 1 GHz paperweight or AMOLED doorstop. There are plenty of ways to breathe new life into your old Android or iOS device.

Sure, you could sell your old phone for a fraction of what it was originally worth, and for some devices, this can even be worthwhile. Services like Gazelle are happy to buy your old smartphones, but you’re generally lucky if a two-year-old device will net you $50. Why not hold onto your old phone as a backup – surely that peace of mind would be worth about $50. Plus, you don’t have to hide it away in some drawer. Those old smartphones are as powerful as a netbook! And it’s time to put them to work.