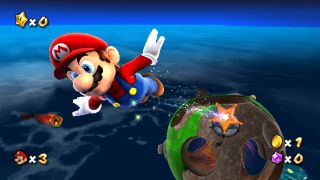 The department will command 1000 square feet of retail space and will be visible from the street level, with a direct view of Broadway. Nintendo will be staffing this store with its own product experts, dressed in its own uniquely designed and branded uniforms.

According to the press release, this “Nintendo Department” will be completely separate from the “R Zone,” Toys "R" Us’ electronics and gaming department. It will also feature interactivity in the demonstration of Nintendo products and promises to be an exciting and fun experience. This whole announcement follows shortly behind the massive success Nintendo enjoyed in November with the number of Wii and Nintendo DS consoles sold in North America.

From the description of the design and function of this new partnership, it appears Nintendo may be positioning itself to move into direct retail distribution. This all seems vaguely familiar and parallels can be easily drawn to Apple Stores and the Apple Geniuses. Of course this is purely speculation as Nintendo of America has not issued any official statement regarding such a plan.

With the continued growth of the video games industry and its promotion budgets nearing that of feature films, having a dedicated venue for consumers to visit for each of the platforms could be an interesting approach and would go a long way for market exposure. Nintendo continues to enjoy record breaking sales figures for its Wii console and has previously stated that it is still having trouble meeting the demand of the consumer two years after the launch of the console.