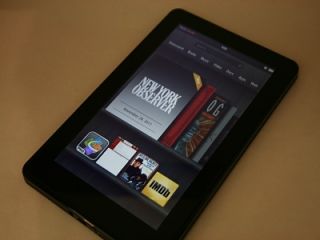 Is the Latest Amazon Kindle the Greatest?

Let’s keep our discussion of the Kindle Fire simple, shall we?

Amazon’s media-heavy, Android-powered tablet, as too many tech journo hacks have explained in exhaustive comparisons of the two, is no match for Apple’s iPad 2 -- a product that happens to cost more than twice as much as the Fire. The comparison is about as helpful as pitting PBR against bourbon in a head-to-head contest, and then complaining that the beer’s flavor is lackluster, or that the bourbon lacks bubbles.

To stretch the metaphor a bit, it is fair to say the Fire is the PBR of tablet PCs. It is a utilitarian, and somewhat cheap and chunky device. And it restricts your access to the Android universe by sticking you with Amazon’s Appstore, rather than Google’s Android Market.

And rooting the Fire -- modifying its operating system so you can install apps from outside the Appstore, among other things -- is just a bad idea for many Amazon customers. It has been reported in the past week that people who have installed software that alters the Fire’s OS have been unable to access their Amazon videos. Futhermore, the ever-popular CyanogenMod isn’t quite ready for Fire primetime, as there are more than a few glitches, including no working audio.

The fact is that the purpose of the Fire, and the Nook Tablet from Barnes and Noble, to which it can be more realistically compared, is simply to channel multimedia content from the retailer behind the device.

According to some reports, each $199 Kindle Fire costs more than $200 per unit to make. So it seems that Amazon has a reason for taking a loss on each sale of the gadget.

Indeed, the Fire’s seven-inch color LCD (which it has instead of a reflective, easier-on-the-eyes E Ink screen) means the device a better choice for those who prefer to get their music and movies from Amazon. And that goes especially for those of us who already subscribe to Amazon Prime, which includes a large swath of free content. (The Fire comes with a free month of the $79 per year Prime service.)

Books, magazines and newspapers and docs: all take a back seat to multimedia on the Fire, as they do on the Nook Tablet.

Current page: The Kindle Fire: The End of Books?

Next Page The Hardware