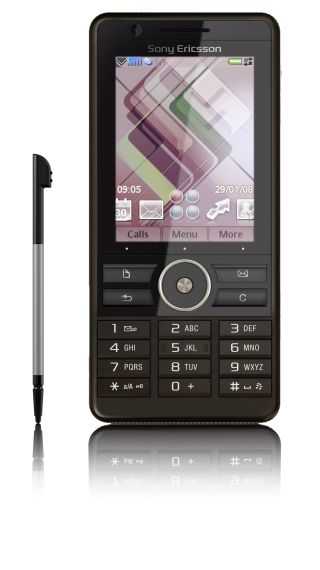 The famous K series dedicated to photo phones makes way for the more logical C series (C as in Cyber-shot). The first two models are the C702 and C902.

The first one will most likely attract adventurers. On top of a 3.2 Megapixel sensor, it’s splash and dust resistant. However, the most interesting feature us its integrated A-GPS, which on top of being a Google Maps navigator, can localize photos.

The C902 is more photography oriented since it offers a 5 Megapixel sensor. If the GPS is absent, the C902 has other tricks up its sleeves, like a slider that makes the phone bigger or a real flash. Both phones will be HSDPA and will b available during the second half of 2008.

The G series or the common touchscreen

This new series offers a touchscreen on top of a regular numerical pad and gives more room to calendar management. On top of a 3.2 Megapixel sensor, the G700 can be controlled using a finger or the pen used to jot small notes.

The G900 keeps the same features but adds a 5 Megapixel sensor and a Wi-Fi connexion. When taking a picture, the touch screen will allow the user to point the spot that should be focused on. Quite ingenious. Both models are UMTS and will be available during the second half of 2008.

The Z770 was as interesting, mainly because of a peculiar conception. Targeting the Internet, the manufacturer offers a clamshell form factor, not very suited for this kind of usage, according to us. It’ll probably be best to use it for emails and RSS feeds than really surfing. One will also be able to use it as a modem on a PC through HSDPA.

Finally, the Japanese-Swedish manufacturer had to come out with a new Walkman. It’ll be the W980 that also uses a clamshell form factor. As wit the W960, it offers 8 GB, which is quite comfortable. Sony Ericsson also promises an improvement in sound and an FM transmitter allowing to share music on any FM tuner. The W980 will be available in Q3 2008.