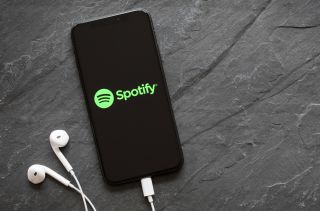 Spotify control is one of those things you were surprised Siri couldn’t provide all these years, but coped with using alternative routes for accessing the third-party music service. At last, Apple has introduced seamless Spotify integration for iPhone in this year’s iOS 13 software update.

If you have a new iPhone 11, iPhone 11 Pro or iPhone 11 Pro Max, you already have iOS 13. But if you own a two-year-old iPhone 8 (or an even older iPhone), you'll need to make sure to install iOS 13 on your device. While you’re testing out the new photos app or experimenting with dark mode, consider using Siri to fire up your favorite music.

How to use Siri to control Spotify in iOS 13

If you want to ask Siri to play something on Spotify, you’ll first need to enable the “Use with Ask Siri” option on your device.

Go to Settings > Siri & Search, and scroll down through your apps until you see Spotify. Click Spotify and toggle Use with Ask Siri so the status bar is green.

Now you can control Spotify with Siri. Just say “Siri play (song name, artist or playlist) on Spotify,” to open up your tracks.

You can also adjust the volume, skip to the next song, and hit pause/play right from your Siri screen.

To get more out of Apple's OS update, check out all the iOS 13 features you'll want to try.