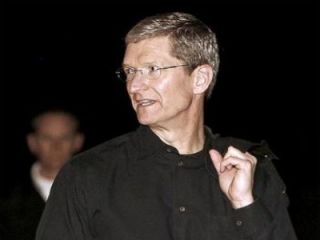 What Will Tim Do?

Tim Cook now faces one of the greatest challenges in business: to be the first successful CEO of Apple that does not have the last name Jobs. The track record is against him, but then again, none of Apple's prior CEOs had the preparation he's had: lengthy tenures at IBM and Compaq and 13 years working side-by-side with Steve Jobs.

His initial statement following his appointment as CEO insisted that nothing would change, but don't believe it. He's not going to be a Jobs clone. First off, he can't be; there's only one Steve Jobs. Secondly, we believe he has at least some ego and some desire to make his mark.

Already he's putting his stamp on Apple. One of his first acts was to reinstate a charitable giving program that Jobs had cancelled in the late 1990s. Apple will match employee donations to 501(c)(3) charities, up to $10,000 annually.

This is only the beginning. To put it bluntly, Cook will likely kick into gear once Jobs is no longer on this earth.

So what will he do? If we could get an interview with the guy, what follows are the questions we would ask him about his specific priorities. We’ve put words in his mouth, too. First comes the answer we imagine he’d actually give us on the record, if pressed, then comes the answer that we think is the real truth (if Cook were totally and completely honest). What do you think of our imagined answers, and what would you ask Cook if given the chance?

Next Page Will you end the Flash nonsense?