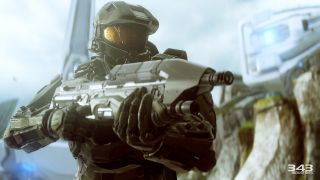 Halo 5 is officially headed to PC -- well, sort of. Microsoft announced today (May 19) that the popular Xbox One shooter's map creator, Forge, will be heading to Windows 10 for free sometime in the near future. While this is great news for the map-making community, it also begs the question: why won't developer 343 Industries just bring the entire game to PC already?

For starters, Forge for Windows 10 seems like an excellent idea. Laying out objects with a mouse and keyboard will likely be far more intuitive than doing so on a gamepad, and the fact that the tool is free means that just about anyone looking to get their feet wet with level design can get it on the fun. All Forge creations can be published to Xbox One, so it should allow for a nice influx of new maps for console players once it arrives.

However, some of Forge for Windows 10's other features make it seem downright cruel that Halo 5 isn't coming to PC in its entirety. According to 343's blog post, the tool will let you "build, test and play your Forge creations on Windows 10," meaning Halo 5 will be playable in some form on Windows. Microsoft confirmed to Ars Technica that you'll be able to host private matches with friends on your created levels, but that's as far as you'll get when it comes to actually playing Halo 5 on PC.

Adding insult to injury, PC players will get to see their maps at up to a glorious 4K resolution, but the arenas will be limited to 1080p once they're published to the Xbox One version. Of course, that could change if rumors of a powerful new Xbox prove true.

At this point, Halo 5 on PC simply makes too much sense. Microsoft has already brought Xbox One "exclusives" such as Gears of War: Ultimate Edition, Quantum Break and Killer Instinct to Windows, and recently released a special edition of Forza 6 for PC players.

MORE: Windows 10 Gaming Kinda Sucks, But Microsoft Can Fix It

It's possible that Microsoft doesn't want to let go of its one true console exclusive in order to keep the Xbox One appealing, but heck -- even the franchise's upcoming strategy spin-off Halo Wars 2 is coming to both platforms. If 343 is worried about gamepad players having to go up against mouse-and-keyboard snipers, it can simply opt to offer separate servers for each version of the game.

All it takes is a quick Twitter search to see that folks really want Microsoft's flagship shooter on PC. Beyond that, a Windows 10 release would simply bring more exposure to an already excellent game with a fun campaign and stellar multiplayer. Halo 5 has received a staggering amount of free content since it launched last October, and the game's competitive scene is thriving. Microsoft has already crafted one of the best shooters of this generation -- it's about time more people get to play it.