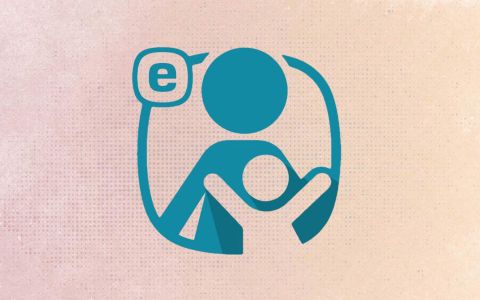 ESET Parental Control for Android handles web filtering and location tracking well, but there's no call or text monitoring at all.

Like several other antivirus-software companies, ESET has dipped its toes into the parental-control market. However, unlike its rivals Norton and Kaspersky, ESET doesn't offer an iOS parental-controls app and instead has focused solely on supporting Android.

Unfortunately, that laser focus hasn't resulted in a finely honed app. A few features performed well, but taken as a whole, ESET Parental Control for Android is lacking in some key areas and is sorely in need of a refreshed look.

The premium tier is $29.99 per year for an unlimited number of devices. (The ESET website implies that only one device is covered, but we confirmed that that's not the case.) It adds just a few, admittedly valuable, features, including a web guard, a child locator, parental messages and full reports. Users are granted a free 30-day trial to test the premium features.

As the name states, ESET Parental Control for Android monitors only Android devices (running 4.0 Ice Cream Sandwich and later). That's understandable, as Apple strictly limits what any third-party parental-control app can do on an iPhone, and every iOS parental-control app we've reviewed has fewer abilities than its Android counterpart. ESET has said that it does not wish to release an iOS version that does not have parity with Android.

As with most parental-control apps, your first step in installing ESET Parental Control for Android will be setting up an account with the service. You can do this either through the app or at my.eset.com. I prefer the web experience, but the process is equally straightforward on either platform.

Next, you will need to add your kid(s) to your account. The only three pieces of personal data required are a child's name, date of birth and gender.

Then you need to download the ESET Parental Control app from the Google Play Store to the child's device, sign into the app and select that this is a Child device when prompted.

If you'd like to monitor the child's device from your own Android phone, then you need to download the app again to your own phone and select the Parent option during installation.

To upgrade to the premium version, you need to go into the app and perform an in-app purchase. Again, the $29.99 license is for an unlimited number of devices.

That's a pretty good deal compared to many stand-alone parental-control services, which can cost $100 per year for more than five devices. However, Kaspersky Safe Kids, from another antivirus maker, offers a similar unlimited deal for only $14.99 per year.

The Application Guard feature does double duty as the app manager and time manager. (We'll cover the time-management components in a later section.) You can view applications in a list and then give each one a classification of either a thumbs-up, a thumbs-down or a game-controller icon.

The first two selections are reasonably self-explanatory: If you give something a thumbs-up, a child can use it any time he or she wants, and any time limits you set will not apply. A thumbs-down blocks the app, and it will disappear from the child's device.

But if you select the game controller, this classifies the app as "Fun & Games." Fun & Games apps are those that you are OK with the child having, but for which you also want to set time limits.

This somewhat counterintuitive system actually works just fine, and is quite similar in effect to the one used by the rival OurPact parental-control service. The implementation just doesn't click well with me due to the dated user interface and odd choice of language.

Web Guard relies on a system similar to that of Application Guard, but you get just the options of a thumbs-up or a thumbs-down on the website categories you would like to allow or block.

As do many of its competitors, ESET Parental Control for Android will, by default, block a number of categories based on your child's age.  But you are free to change the ruling on any category as you see fit.

Like Norton Family Premier, ESET Parental Control lets a child ask your permission to view a specific website. If you approve the request, the app will create an exception for that exact URL, but not the entire web domain.

In other words, even if a web page at "FunFreeGames.com/RacingGames/" was approved, the "FunFreeGames.com" domain would not be.  A global approval for that entire website would need to be made separately in the Web Guard Reports section.

ESET Parental Control for Android has the same core time-management features as most of its competitors, including the abilities to set an overall daily time limit for your child and to set a daily schedule. But the time-management interface is oddly bundled into the App Guard piece of the app, making it all seem a little needlessly convoluted.

The time-allotment format for the day is exceedingly simple. There are just settings for school days and for non-school days, with the option to set each daily allotment in half-hour increments ranging from zero hours all the way up to 8 hours.

But things got a little confusing with the daily-scheduling component. To schedule permitted time for apps, you have to flag each one as "Fun & Games."

Apps in the other two categories can't be scheduled, as "appropriate" allows an app to be used at any time and "inappropriate" prevents an app from being used at all. Once that's done, you can both set the amount of time and the windows of time during which "Fun & Games" apps are allowed.

A fairly standard slider visualizes the overall time allowed for the day in the parent's app, but the scheduler uses the same kind of shaded time-blocks that I found irritating in Norton Family Premier. You've got to click blocks of 1 hour apiece to toggle them on or off, which is both tough to parse visually and not granular enough.

The feature works fine once it is set up, but both the terminology and the controls could be refined to make this a much better user experience.

If you are on a road trip or another situation in which you want to change time rules for your kids' device usage, there is a Vacation Mode at the bottom of this section that temporarily disables all of your time-limit settings.

There are no features at all related to texting or phone calls available with ESET Parental Control — no blocking of numbers, no call or text logs, no contents of text messages. Such features would be particularly useful if you're worried about your child being cyberbullied, and most other parental-control apps offer at least one of them.

ESET Parental Control has the location-tracking basics covered, providing both your child's current location and a geofencing option. The former works as expected, allowing you to quickly pull up a map showing where your child is.

"Zones with Alerts" is the name for the geofencing feature, and as you would imagine, this lets you create specific zones on a map; you will get an alert when your child passes into or out of each of those zones. To avoid multiple alerts if the child is near the edge of a zone, the app waits for 3 minutes after the child has crossed a zone border before sending the alert. This feature could use a little visual polish, but it does the job well.

ESET Parental Control for Android does include one extra that's become increasingly rare among parental-control apps: You can send an SMS command to your child's device to trigger a location request.

MORE: The One Google App Every Parent Needs

As the name suggests, this button allows your child to send you a text message with a single tap. You need to set up the feature in advance by adding phone numbers for anyone who should be texted if this button is pushed. Once that's done, the button will send everyone on that list a text message that just says "SOS!" along with a link to the current location of the child's device.

When a text message just won't cut it, the parental-message feature puts your message front and center on the child's device, and the screen won't unlock until the child reads the message.

You can see all of the child's site-browsing history along with details on the most-used apps, a usage heat map for the overall device usage each day, and finally the child's usage of apps that appear in the "Fun & Games" section.

Like the Web Guard feature, this takes the results of any searches that your child performs and removes any inappropriate content.

There's just no way to recommend ESET Parental Control unless it comes as a bundle with your ESET antivirus software. There's room in the market for an Android-only option, but the problem is that the ESET Parental Control for Android isn't even close to the best Android parental-control service available, Norton Family Premier.

Screen Time, OurPact and Net Nanny (formerly Zift) offer more features with considerably better-looking interfaces. And if you're looking to go the budget route, you can get a pretty comparable feature set from Kaspersky Safe Kids at half the price.