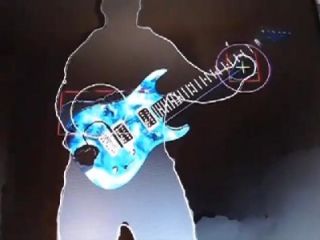 Admit it: the first time you heard of the Kinect—back when it was called Project Natal—you were already thinking how long you'd play the air guitar. Well, the Kinect's been out for a while, and there's still no word of a musical rhythm game using Microsoft's motion control camera. Or is there?

Designer Chris O'Shea apparently can't wait for either Harmonix or Red Octane to get their respective acts together, so he's hacked his Kinect to work with his prototype guitar-based rhythm game. The program interprets his Pete Townsend-like windmill strumming into actual chords.

While cool, O'Shea has no intentions of marketing his version of Air Guitar Hero. A pity, he could've upstaged the old guard and made a killing, too.