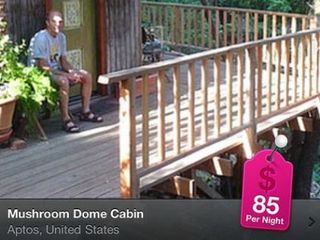 The Internet is a magical place for creative types. People on one side of the world can get inspired by those on the other – something unheard of only a couple decades ago. And with websites like hitRECord, The Creator’s Project, and Star Wars Uncut, artists can share their work and collaborate with each other electronically. When it comes to crowdsourcing for creatives, re-mixing and repurposing each other’s work is key.

Twenty-six-year-old artist and educator Meagan Moore of Berkeley, CA uploads artwork (that she also sells on her website) to hitRECord. It’s an open-collaborative website for writers, filmmakers, musicians, and the like. When users upload their work to the site, they give the community permission to remix and reuse it – no questions asked.

“I’ve gotten to see my work turn up in fun and unexpected ways,” Moore said. “I love seeing how others reinterpret my mini-stories, and what it inspires them to create.”

HitRECord founder and actor Joseph Gordon-Levitt occasionally chooses projects with a lot of potential, produces them on a larger scale, and splits the profits down the middle with the collaborators. The production company has screened a film at Sundance Film Festival featuring roughly 180 contributors and had a book published featuring 67 community members.

“I'm excited to share my ideas and be inspired by others, and if our results are profitable, so much the better,” Moore said. “10,000 heads are better than one.”

Star Wars Uncut is a similar collaborative site, but because of the content it’s asking it’s community members to remix – the original Star Wars movie – it won’t be cashing in anytime soon. (However, the website did win a Primetime Emmy in 2010.) On the site, fans claim 15 second increments of the movie, recreate the scene however they wish – animation, live action, and stop-motion to name a few – then upload it to the site.

Malcolm Sutherland, a thirty-three-year-old film director and animator in Montreal, Quebec, uploaded three 15-second clips to the site “just for fun.” All three animated clips made it into the director’s cut, but each one took him four days to produce.

“I was proud of that,” Sutherland said. “There are a lot of amazing clips, and some of them aren’t even in the director’s cut.”

Although he believes there will always be a place for single-vision projects in Hollywood, he sees a lot of potential in collaborative entertainment.

“Crowdsourcing is inherently a people-based phenomena which doesn’t require anything but the tech,” Sutherland said. “I tip my hat to George Lucas for embracing all the fan-based media around Star Wars.”

Current page: How To: Get Things Done With "Crowdsourcing" Sites

Next Page Buy and Sell Basic Necessities: Cars, Toilets, or a Place To Sleep