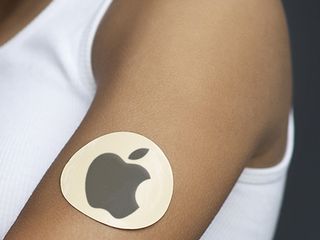 I'm feeling like a hypocrite right now. I just finished a face-off between the Galaxy S6 and the iPhone 6, and Samsung's flagship phone wiped the floor with Apple's. The S6 has a better display, sharper camera and even a sexier design. And yet, if you gave me the option right now to swap my iPhone for the S6, I'd decline. I know I'm not alone. My reasons for staying put illustrate the real challenge Samsung faces. You might call it i-inertia.

Here's why I can't quit the iPhone.

During my review of the Galaxy S6 Edge, I came across all sorts of awesome apps that are also on the iPhone, including the addictive Storm Blade game. There's also plenty of apps that Android offers that iOS doesn't, such as the Nova Launcher app that lets you customize and change the look and feel of the interface to suit your liking. (You can't do that on the iPhone.)

However, time and time again developers choose iOS as their launch platform for the hottest new apps. The most recent examples are Twitter live-streaming apps Meerkat and Periscope, but there are lots of others. The sadistically difficult Mr. Jump game racked up 5 million downloads in four days, and you can't get it on Android. Instagram's Hyperlapse and Layout apps? iPhone first. Samsung has its own app store, but it's nothing special compared to Google Play.

As someone who uses a MacBook Air, I love that I can take notes on my iPhone using the Notes app and then pull them up on my Mac later. And I also love that my iPhone photos are always waiting for me in iPhoto, although I hate the interface (the new Photos app looks better). I could use Evernote or something else on the S6, but Notes is simple and it works.

With OS X Yosemite, I can now send and receive texts right from my Mac (when my iPhone is nearby), as well as make or accept calls - great for when I want a louder speaker phone. Samsung offers something similar for Windows laptops, called SideSync, which goes even further by letting you share your phone screen on the desktop and remotely control your device. But SideSync is something you need to install; Apple's stuff is all baked in.

I've tried every Samsung wearable thus far, and with the exception of the Gear VR, none of them excite me. Based on sales figures, most consumers seem to feel the same way. There's been a parade of Samsung smartwatches running different operating systems, from the Tizen-powered Gear 2 to the Android-powered Gear Live and the Gear Fit running a proprietary OS. There's also the Gear S, which doubles as a phone, but Samsung hasn't yet figured out how to make a wrist wearable that's truly compelling.

The Apple Watch promises to be better, combining fitness-tracking features with novel ways to communicate and an army of high-quality apps - not to mention a gazillion style combinations. You'll be able to use watch with Apple Pay, open your car, get into your hotel room and more. The Apple Watch will only work with the iPhone, and I can't give the most buzzed-about wearable a shot if I'm carrying a Galaxy S6.

I Have an Apple Family

Sometimes when I'm on my way home I get a text from my 10-year-old daughter's iPod, or she'll send me a note while I'm on a business trip saying she misses me. We haven't yet given her a smartphone, so the only easy way to communicate - without downloading a separate app - is Apple's Messages app.

Meanwhile, my wife is on an iPhone 6 and my son uses an iPad to get his Minecraft fix. With Apple's Family Sharing feature, all four of us can share apps, books, music and movie purchases, which saves money. I haven't taken advantage of the family calendar or family photo album features, but it's nice to know they're there.

Based on its own merits, I'd rather use the Galaxy S6, but the reason I won't make the switch comes down to Apple's ecosystem. It has its own gravitational pull because of the way its gadgets and services work together. Samsung has a universe of its own devices, including TVs and appliances, but it hasn't been able to tell that better-together story, which is especially difficult when it's so reliant on Google's software.

That's all starting to change, at least in some ways, as Samsung builds up its smart- home arsenal (via its SmartThings acquisition) and rolls out its Samsung Pay solution this summer to compete with Apple Pay. The company has also flirted with leaving Android behind in favor of Tizen for phones, but there's just too much momentum behind the former.

Could I make the switch some day? It's possible, but it's going to take more than a superior phone.