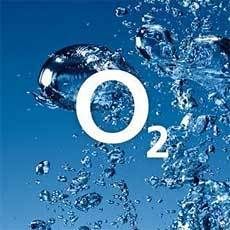 Amid on and off WiFi in Starbucks stores and accidental announcements on the AT&T website regarding said WiFi and a mysterious “iPhone black”, we thought other network providers might be a little more careful with their iPhone information coming up to an announcement or launch.

O2, the offical service provider for the iPhone in the United Kingdom may have inadvertantly revealed the prices of the company’s Pay As You Go iPhone.

Last Wednesday evening the O2 UK website revealed that the 8 GB model of the 3G iPhone would be sold for £299.99 and the 16 GB would cost £359.99. The information was quickly removed from the website with O2 claiming that it was a mistake. However according to Pocket-lint, the company is neither confirming or denying the prices for the next-generation iPhone.

O2 announced shortly after the launch of the 3G iPhone that the device would be available for free with some of the telecommunications company’s more expensive plans. Customers who choose service plans costing either $88 or $146.50 a month will get the 8-GB version of the 3G iPhone at no additional cost. The 16GB handset will also be available free of charge with a similar offer but requires a more expensive plan.